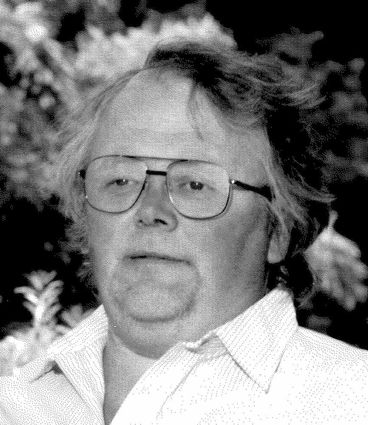 Robert was born November 16, 1963, in Astoria, Oregon, to Thomas and Tressa Patterson of Altoona, Washington. He was the third child, and only boy of four children. His mother loved him dearly and doted on him.

He grew up in Altoona, roaming the hills, hunting and fishing. His father started teaching him mechanics at age 13. He had a great talent for it.

He attended Rosburg Elementary School, then Naselle High School where he graduated on June 4, 1982.

Robert met the love of his life one night at the old Valley Tavern, surprising both of them. Robert and Susan were both true and faithful to each other ever since.

With the encouragement of his wife, Robert enrolled at Lower Columbia College where he achieved the dean’s list nearly every quarter. He graduated with a Degree in Diesel Technology on March 16, 1990.

Robert was a strong slow-moving man with gentle hands for holding babies and comforting children. Children and animals trusted him easily. He was soft spoken and rarely raised his voice. He loved his family, the woods, and his work. He took his family on rambles in the woods to hunt mushrooms, plants for science projects, and to hunt. He fished with his sons and son-in-law even when he had to use the walker he hated. He taught his children basic mechanics, (or tried to with the non-mechanical ones), and said that everybody ought to know how to change a tire or the oil in a car. He helped his children transport their 4-H projects to fair and watched them show their animals and encouraged them to keep trying when things didn’t always go as planned. He loved going to his children’s plays and concerts. He was so proud of their talents and abilities!

Robert enjoyed gardening with his wife. When he couldn’t help her anymore, he went out with her, watched and kept her company on days he could get outside. He loved the flowers and enjoyed having them in with the vegetables. Old fashioned roses were his favorites. He tried to get cuttings or plants whenever he found them. He got roses from Brookfield that had gone wild that he loved. Robert was knowledgeable of local history and enjoyed visiting where the pioneer towns had been and telling his family the histories of them.

Robert loved his work as a mechanic. When he retired, he had hoped to be able to restore antique vehicles and farm equipment. He liked tinkering with all kinds of things and keeping busy. He could fix almost everything. He was teaching himself woodworking. He built his wife an incredibly beautiful maple bed from the ideas in his head. He made several step stools for his family also of maple. If he hadn’t liked mechanics so well, he could have been a carpenter and maker of furniture.

He was physically extremely strong but his mind was his greatest strength. He was never willing to say “I can’t” instead he would say that he would think about how it might be done. Then he did it.

Robert was an uncompromising Christian, doing his best to show the love of Christ to every one he met. He prayed for his children, grandchildren, and about everybody he knew. He was aware that people are people and make mistakes and needed his prayers.

Robert went to the arms of Jesus on March 8, 2019, from complications of a fall caused by Parkinson’s disease, which he battled for 21 years, stubbornly refusing to accept or give up, fighting to do what he had always done.

Robert was predeceased by his mother Tressa (Teri) Patterson.