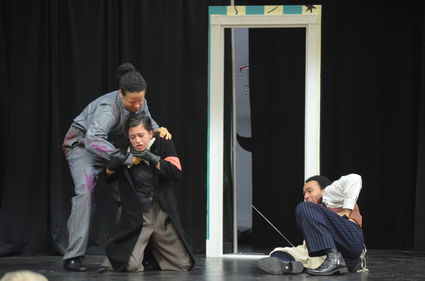 Above: "It will rain tonight," Banquo said. "Let it come down," one of his murderers replied before they killed him in Act 3 Scene 3 of Macbeth. Photo by Diana Zimmerman.