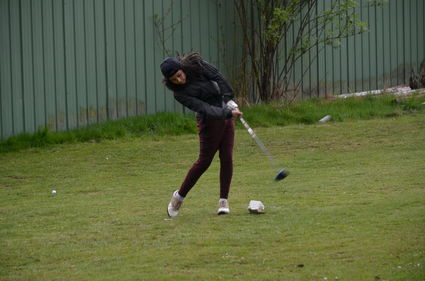 On April 11, the Wahkiakum Mule golf team missed the four-man school record score of 160 by three strokes while posting a 163 at Mint Valley GC, home of Three Rivers Christian, who posted 230.

Completing the three-team match also was visiting North Beach, 229. The weather was a steady rain that resulted in casual water on the fairway, greens and in the sand bunkers. The Mules seemed to ignore the wet conditions, instead focusing on improving their four-man total of 172 posted at home on Tuesday prior.

The Mules moved their intra-conference record to 4-0.

The Mules' next match is today (Thursday) at Adna. The Wahkiakum JV will be playing at the Seaside JV invitational at Astoria Country Club on Friday.