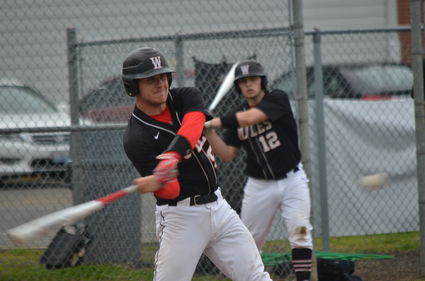 Quentin Nelson hit a triple and drove in two runs in the Wahkiakum Mules' 16-5 win against Life Christian on Monday.

The Wahkiakum Mules baseball team split games in a doubleheader last week and won one on Monday to bring their season record to 6-5 in league and 8-5 overall.

James Anderson got the win, pitching all seven innings. He faced 26 batters, struck out 14 and allowed one hit and one run.

"We are struggling in every aspect of the game and have to become better in mental preparation," Coach Marc Niemeyer said.

The Mules hosted Life Christian on Monday and won 16-5.

"We were able to play guys in a lot of new positions and everyone played and had a great time," Coach Niemeyer said.

Nelson, Moon and Cothren gave pitching a try, but stats were not available.