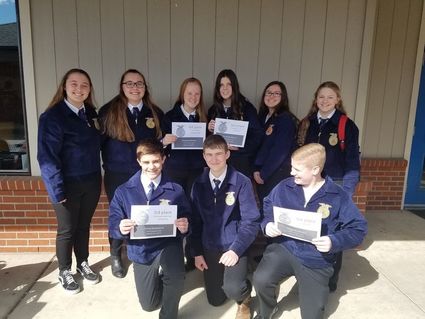 The Wahkiakum High School FFA and CTE students have participated in an assortment of activities in March.

In Photo 2 the trap shooters went to compete in the Sequim Trap Shoot. Ashden Niemeyer, Hank Bassi, KC Berry, Bryson Havens, and Colton Bachman shot really well. In the highlight of the day, Bryson Havens got first in the competition and beat out 50 competitors.

In Photo 3, the Agriculture Science class pruned the school's apple trees, with the help and instruction from Andrew Emlen. 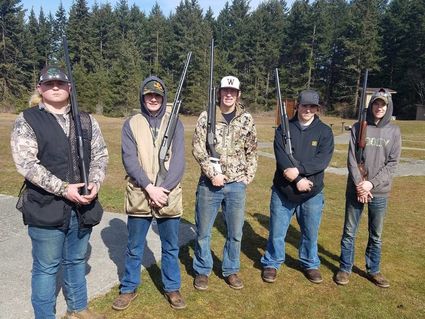 In Photo 4, some of the kids in the fisheries class went out to Grays River and collected fish samples from the state's Rotary Trap with the help of a few state biologists.

--In the fabrication class, students and staff leader Paul Lawrence fabricated the raised beds for the new school garden.

--Also in the student garden, students aligned the raised beds and put them in positions for the new school garden.

See more photos in the photo tab at http://www.waheagle.com.