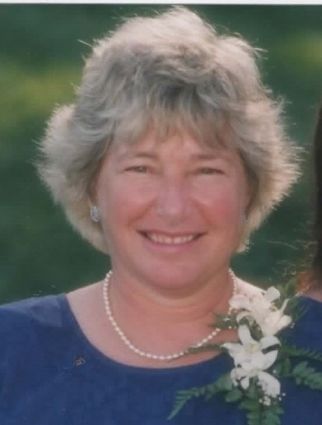 In celebration of what would've been my mother's 75th birthday, I would like to share a small glimpse into the incredibly kind, smart, loving and inspiring woman she was.

On May 16, 1944, Deborah Sue Dodd was born to a young couple in Daytona Beach, Florida. Her father was a decorated Navy Pilot from WWII, while her mother came from generations of smart, hard-working families. From an early age Debbie showed tremendous creativity and imagination. As a young girl she transformed her family's basement into a stage for the neighborhood children and their many theatrical productions. She also started a local lending library on her street but ran into trouble when she tried to collect overdue book fees.

It was in the fall of 1962 when Debbie met Harry Harrison, the love of her life at the U of W freshman mixer just outside Seattle. From that moment on they were inseparable, marrying three years later. In 1966 Debbie graduated with a degree in nursing, a field which complemented her kind and patient personality.

For over thirty years Debbie worked as a nurse, specializing in pediatric and elderly care. She also made sure to dedicate time working in free clinics around the Portland area. It was very important to her that she give back, especially to women and children, and those unable to care for themselves. Whenever she was passionate about something it usually helped someone else. In fact, she was an avid supporter of World Vision and sponsored over 100 children during her life, proudly displaying their pictures on the family refrigerator.

After graduation she moved to Connecticut, pregnant with her first child Kevin. Following Harry's job transfer to San Francisco in 1972, she gave birth to her second son, Andrew later known as (Drew). Three years later their daughter Sarah was born in Eugene, Ore.

Her children remember her as a kind, loving and charismatic soul. They describe her as an amazing mother that went out of her way to show how much she loved and appreciated her family. For them, it's hard not to imagine her without a smile on her face, as she was such a positive and upbeat person. From Boy Scout leader and 4-H volunteer to nurse at her daughter's Girl Scout camp, she did anything and everything to support them. She was an excellent role model and taught each one to appreciate nature and the world around them.

She was a huge animal lover and especially loved cats. Her love and devotion to animals was never in doubt as she always carried a shovel in the trunk of her car, to remove any unfortunate animal hit on the road.

Debbie was an experienced hiker and climbed both South and Middle Sister Mountains in central Ore. She was also a member of the Portland Trails Club from 1991-1997. In 1994 Debbie was diagnosed and treated for breast cancer. As a survivor she took on the challenge of completing the Pacific Crest Trail throughout Oregon. She was fearless in her drive and accomplished the trail with her trusted sidekick, her collie Annie.

Debbie was a talented quilter and won first place at the state competition in Ore., in 1998. Over her life she made hundreds of quilts for the charity ABC Quilts, whose sole purpose is to give children with HIV comfort. She had an eye for fabrics and created many exquisite quilts, displaying them on the walls and beds of her family home.

One thing Debbie excelled in no matter the subject was Trivia. The more obscure the better, as she seemed to have an infinite knowledge of random literary, science and nature facts. As a master gardener she grew her own herbs, fruits and vegetables.

In the late nineties, while living in Terrebonne, OR she devoted herself to researching her family's genealogy. This led to the publishing of her book 'The Marshall Family – A Quilt Work of Lives'. She also became involved with CASA, volunteering to help speak for the best interests of abused and neglected children in the courts. After moving to Clarkston, WA in 2006 she became an active member of the Alice Whitman Chapter of the DAR (Daughters of the American Revolution). Following the birth of her grandson Thomas, she moved to Puget Island in late 2010.

After a long battle with Alzheimer's, Debbie passed away on October 4, 2017, with her daughter, Sarah Lawrence and granddaughter, Violet at her side. The family held a celebration of life in November 2017 and spread her ashes on the Pacific Crest Trail in May of 2018. She is greatly missed by all who loved her and will be forever remembered by her family and friends.