We had a very good turn out for our second gaming show, 22 entries for the six events. We also had 10 entries for the Texas Barrels 50/50 jack pot. We made over $700. That money will go into improving our arena.

The weather was perfect, and with the 30 yards of screened dirt that we added to the arena, the footing was improved, which shows in the improved times. Results are as follows:

Daily high point winner was Makayla Davis. She won a $25 gift certificate to Brimm's Farm and Garden in Warrenton, Ore. Good job, Makayla; this makes two months in a row. The times for daily high point were very close, with less than a 10th of a second between Makayla, Olivia, Abby and Sophia. Something to watch for next month.

I would like to thank every one who helped put on this show: Mike Doan, great job on the arena; Sheila our announcer; Marjorie, Shelby and M.J. for every thing you did, ticket taking, registration, back up timers, arena set up and rock picking; Chuck for setting up our P.A. system and timing equipment; Tomi and Crystal gate keeper and timer. If I missed anybody, I'm sorry because without your help I could not put on this show.

Our next show is July 13; we hope to see you there. 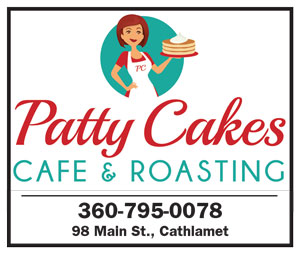