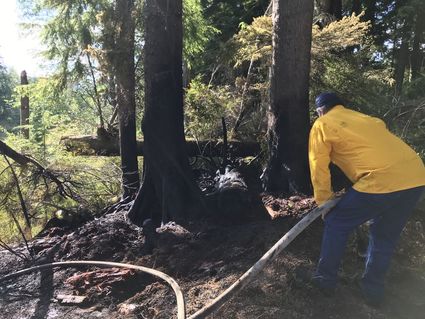 "Fire was called in, not any too soon," said Fire District 3 Commissioner Mark Latham. "This could have gone deep into the trees, and if that were the case, it would have required DNR to be called out. 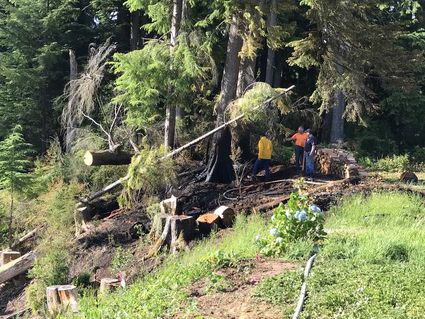 "The home owners were not at this house at the time of the fire; they were called by a neighbor and told of the fire; they stated that they put the fire out June 22, one day after the burn ban was in place. It is clear that this fire smoldered underground for four days before it came back as a blaze.

"The ground was dry with about four inches of fuel dry dead fall, and cuttings from a chain saw were found all throughout the burn area. Four firefighters were at this fire for 2.5 hours each; lots of rehab digging up and turning up the ground and soaking it good was done. Also one civilian helped at the fire; thank you, Doug.

"It is dry out here and we do not need fires to lead to wild land fires."