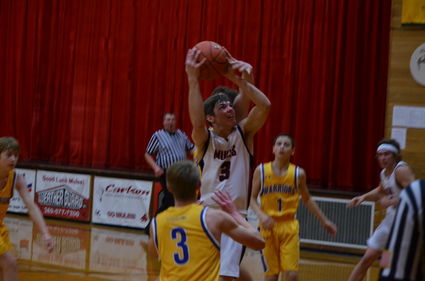 Jake Leitz drew a foul as he rose to the rim for two. Leitz finished with 17 points and 11 rebounds.

The Wahkiakum Mules boys basketball team showed the home crowd what they could do when they rolled over Rochester 78-39 in their season opener on Saturday. 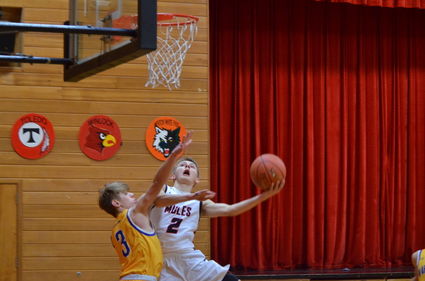 Logan LaBerge scored 26 points in the Mules' 78-39 win against Rochester on Saturday.

"I thought we played very unselfishly as a team and got everyone involved," Coach Todd Souvenir said. "We played with good energy on the floor, and the bench was very involved. Our team defense needs some work but overall it was a very successful first game."

The Mules host Winlock tonight (Thursday). They go to Toutle Lake on Tuesday and play LaConnor on Wednesday, 6 p.m., varsity only.