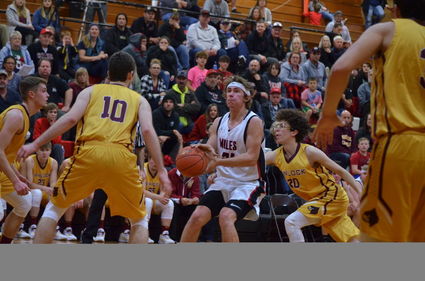 It was a tough week for the Wahkiakum Mules boys basketball team who lost one at home and two on the road against some tough teams.

On Thursday, the Mules hosted Winlock and lost 56-50.

On Saturday, the Mules traveled to Naselle to vy for the KM Trophy. The competition was close, but the Mules lost 60-57. 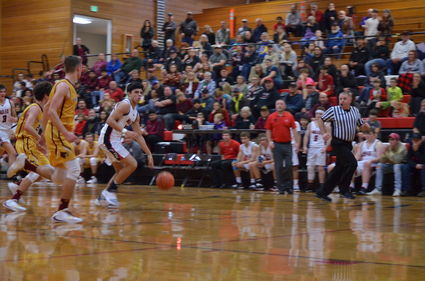 Dominic Curl moved the ball down the court for the Mules.

"We got off to a slow start and had too many unforced turnovers and dug a hole we couldn't quite get out of," Coach Todd Souvenir said. "I was very proud of how we responded both offensively and defensively in the second half. In the end they executed and made some clutch shots down the stretch and we lost to a very good bunch of hard working kids..

The Mules traveled to Toutle Lake on Tuesday and lost 71-40. No report was received.

The boys hosted LaConner on Wednesday and travel to Adna on Friday. Over Christmas break, the team will travel to the east side of the state to compete in the Colton Tourney on December 27 and 28.

They will return to the regular season in January.