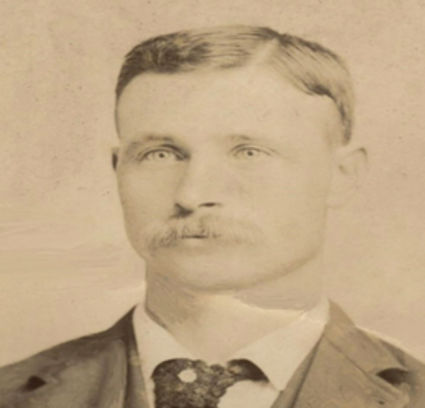 When the Smalley family left for Oregon in 1865 with three small children and Martha pregnant, most wagon trains leaving Missouri for Oregon left in April because if they left in March, they would get some winter weather which would stall them in the beginning. They would want to leave as early as possible so they would get very little winter at the end. It normally took four to six months to cross the length of the Oregon Trail with wagons pulled by oxen. Before the transcontinental railroad was built in 1869 nearly 80,000 pioneers used it to reach Oregon with about 20,000 settling in Washington. It was the longest historic overland migration trail in North America from the Missouri River to Willamette Valley. It was about 2,000 miles. The main starting points for settlers traveling along the trail were the cities of Independence and Kansas City. Wagons typically traveled between 10 and 20 miles per day, depending on weather, terrain, and other factors. Some wagon trains did not travel on Sunday while others did.

The overland journey meant a six month trip across 2,000 miles of some of the most difficult terrain in the country. It was also very expensive. It has been estimated that the journey cost a man and his family about $1,000. The Smalley family with Martha pregnant would also need a specially prepared wagon that cost about $400. She gave birth to a baby girl along the way on May 10, 1865, well west of Missouri. A large wagon would cost 10 times that amount, or more, which was a lot of money back then. These less tough wagons were called a Prairie Schooner because its white roof cover resembled an ocean sail ship from a distance. The cloth top protected people and possessions from extreme weather conditions.

Wagon Trains were usually comprised of up to 200 wagons, but more commonly the wagon trains were comprised of 30 or less wagons. Wagon trains also took large numbers of livestock. The traditional estimates say that nearly 5 percent of the estimated 300,000 pioneers died on the trail. This meant that approximately 15,000 or nearly one in 10 who set off on the Oregon Trail did not survive. The two biggest causes of death were disease and accidents. The disease with the worst reputation was Asiatic cholera, also known as the "unseen destroyer."

The decline of wagon trains in the United States started in 1869, with the completion of the first transcontinental railroad, and wagon trains as a way of migrating essentially ended in the 1890's. Covered wagons, on the other hand, stuck around for a long time.

Including its tongue, the average Conestoga wagon was 18 feet long, 11 feet high, and 4 feet in width. It could carry up to 12,000 pounds of cargo. The seams in the body of the wagon were caulked with tar to protect them from leaking while crossing rivers.

Oxen were very strong and could haul fully-loaded wagons up ravines or drag them out of mud holes. A large wagon needed at least three pairs of oxen to pull it. It is an amazing fact that wheel ruts from Oregon Trail wagons are still visible today. By the time the last wagon trains crossed in the 1880's, mass migration on the Oregon Trail had left an indelible mark on the American frontier.

Within a year after arriving in Oregon, Martha gave birth to her fourth child, a boy. Frank Smalley was born on Oct. 3, 1866, in Beaverton, Ore., just south of Portland.

In the previous article I mentioned the Rocky Point in Kelso. This is an error. The real Rocky Point where the Smalley family lived is between Frankfort and Brix Bay in Pacific County near the border of Wahkiakum County on the Columbia River on the Washington side of the river.

The Westend Food Pantry at Johnson Park will be closed Dec. 26 and will reopen on Jan. 2, 2020. The staff at Food Pantry would like to wish everyone a great Christmas and New Year.