Bogus facts, or just the facts? 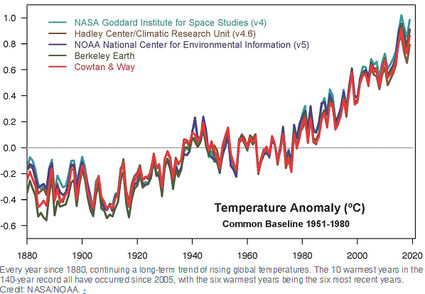 I am responding to Howard Brawn’s referencing (1/1/20) “The Oregon Petition,” signed by 31,000 claimed scientists. The petition claims global warming is a hoax designed to raise taxation, destroy national sovereignty and wreck economies.

These are familiar sound bites from Trump, Republicans and FOX TV. I ask why Republicans continue to deny global warming? Why refuse to recognize this issue that is harming our planet, our lives and threatening future generations’ survival? What will be the near-and long-term disastrous consequences of not acknowledging and addressing this increasing inevitability?

Taxation, economic and negative health outcomes will only multiply. The opinions or testimonials cited by the Oregon Institute of Science and Medicine are bogus facts. This organization was founded and headed by Art Robinson, a well-known conservative Christian scientist. The organization has perhaps six volunteers. Lead by Mr. Robertson, this group prepared “The Oregon Petition.” This is an opinion document containing no scientific basis in fact.

Among 18 of the leading scientific organizations in the US (thousands of recognized scientists), all address and are seriously concerned about global warming. See http://www.climate.nasa.com.

Regarding evidence, what facts have been presented indicating Ms. Thunberg was recruited by "malevolent progressives for youthful demagoguery to spout fractured science and statistics supporting spurious solutions to politicized problems?" Regarding a significant contribution to help reduce global warming and increases in carbon dioxide is to allow vehicle manufacturers to increase gasoline mileage on all cars to reduce emissions.

One thing I've noticed is that some writers, besides pontificating over Trump and just making totally negative comments, never offer a positive solution to anything. One such positive suggestion is to allow vehicle manufacturers to increase gasoline mileage on all cars to reduce emissions.

The accompanying graph shows increases in global temperature, carbon dioxide and methane over the years. The increases are now dramatic.

Let's have a debate!