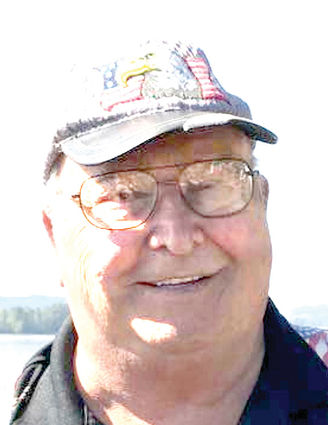 Robert Earl Brons, 82, formerly of Cathlamet, died at his home in Yuma, Arizona on February 16, 2020 with his family by his side. Bob was born to Earl and Florence (Emhoff) Brons on March 31, 1937 in Yakima. He was raised in Eastern Washington, attending schools in Colville.

In 1957 Bob moved to Sekiu, WA and then to Cathlamet in 1964. He worked for Crown Zellerbach from 1958 until 1986. After Crown Zellerbach shut down, he moved to Alaska where he worked for Louisiana Pacific for three years logging. He then worked for Weyerhaeuser for seven years in Raymond and PeEll managing trucking and maintenance before retiring in 1997. Never one to sit idle, Bob then worked for Wahkiakum County on a part-time basis for the Weed Control Department.

Bob and Betty Dow were married on June 28, 1975 in Skamokawa. He and Betty enjoyed their winters in Arizona until moving full time to Yuma three years ago. Bob enjoyed gardening, fishing, camping, traveling and operating heavy equipment. He loved teasing his many grandchildren. He will be remembered for his sense of humor, his work ethic and his love for his family.

A celebration of Bob’s life will be held at JA Wendt Elementary School in Cathlamet on Saturday, April 4 at 1:00 p.m. Those wishing to donate in his memory may donate to Wounded Warrior’s, St. Jude’s Children’s Hospital or Doernbecher Children’s Hospital. Dowling Funeral home is in charge of arrangements.