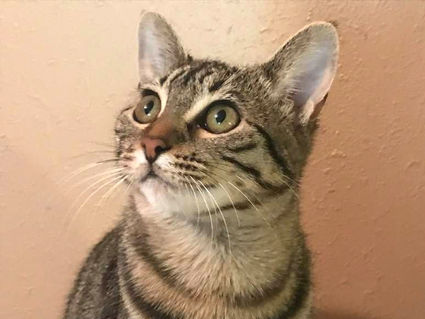 The Importance of Cats in Wahkiakum County

In the United States, cats are a more popular house pet than a dog. There are nearly 90 million domesticated cats in about 34 percent of U.S. homes. It has taken quite some time for researchers to put together just when and where cats became domesticated.

The archaeological record should have answered the question; however, wild cats and domesticated cats have unusually similar skeletons, complicating things. Evidence came from the island of Cyprus in 1983 because archaeologists found a cat's jawbone that dated back almost 8,000 years. It appears unlikely that people would have brought wild cats over to the island because panic-stricken wild cats would have been the last kind of companion on a boat they would have wanted. This finding suggested that domestication may have occurred long before 8,000 years ago.

A 2007 study in the research journal Science offered more information based on new genetic analyses. The study indicated that all domestic cats descended from a Middle Eastern wildcat, Felis Sylvestris, which literally means "cat of the woods." Cats were first domesticated in the Near East up to 12,000 years ago when humans were predominantly hunters. Their dogs were of great use and were domesticated long before cats. Cats became useful to people when they began to till the earth and store surplus crops. The grain stores attracted mice. The first wild cats wandered into towns where there was an abundance of mice in the storehouses. Cats began to be their pest control.

Pest control is not the only thing cats are good for. It has been proven that owning any pet is good for your heart. Cats in particular can lower your stress level, possibly since they don't require as much effort as dogs, and lowers the anxiety in your life. It has also been shown that petting a cat has a positive calming effect.

Cats are important in barns because they eat the rodents and bugs that eat the grain. This saves the farmers money. Put organic diatomaceous earth on your cats to keep the fleas off of them as well. Diatomaceous earth suffocates fleas and other small insects without affecting the cat. I love my cat named Pepper. This little darling was a rescue cat and I am glad she is not 400 pounds. She is a loving gentle cat that enjoys everyone's company.

Those who are relatively new to the area should know that at the top of the KM Mountain is a transfer station dedicated to allowing the community to have a place to dump their refuse and to recycle. The rates are reasonable. They are open on Thursdays and Saturdays from 8 a.m. until 4 p.m. An update for everyone is to take notice of an immediate change at the transfer station. Since a local patron fell in and was injured, a yellow guard rail and yellow zone has been installed for your protection. Before you back up to dump your trash, lower your tailgate to your truck or raise your back door if you have a van. Do not climb over or around the railing. No children or pets outside the rig unless the children are actually helping. Pull away from the yellow zone before closing the tail gate.

The Naselle/Grays River Valley Seniors luncheon will continue as before on Wednesdays at the Rosburg Hall located at 28 Rosburg Community Hall Road. This is for those who are 55 and older; also the potluck will be at the Valley Bible Church on every fourth Wednesday. Volunteers are needed so please contact the Naselle/Grays River Valley Seniors' president Diane Hollenbeck at dianemarye@gmail.com or phone her at 1(360) 465-2991. Anyone interested in renting the Rosburg Hall is encouraged to contact Sonja Kruse at (360) 465-2251 or Frida Footh at (360) 465-2574. Thursday luncheon at noon at the Rosburg Hall is sponsored by the Community Action Program (CAP) out of Kelso/Longview. Any questions, contact Denise Rae at (360) 425-3430 extension 259.

The Naselle Timberline Library at 4 Parpala Road will host Seed Pots from March 3rd through the 31st. They supply the materials and you make something awesome. For further information call Sherry Hartline at 360 484-3877.