PIFD and the drive by birthday 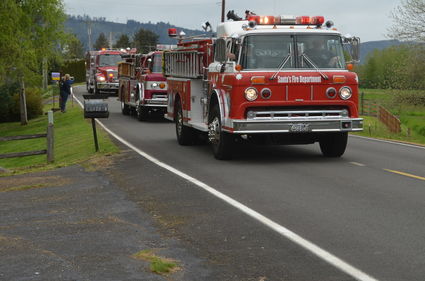 With lights flashing and horns blaring, the Puget Island Fire Department paraded their entire fleet of engines past Terry and Kay Vik's home on East Sunny Sands on Tuesday to wish Russell Halverson a happy birthday. While most of the vehicles turned around for a second pass and to return to the station, two engines continued down the road to give a salute to another island resident who was celebrating his 78th birthday. Photo by Diana Zimmerman. 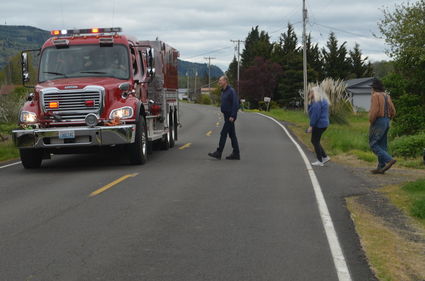