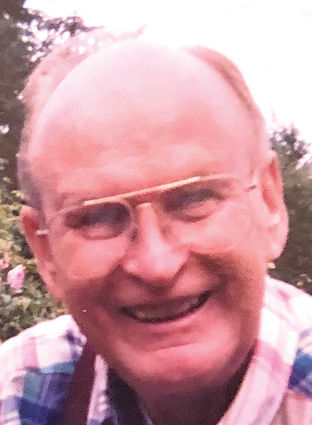 Raymond Lee Oatfield, 86 of Phoenix, Arizona, returned to his heavenly home on April 15, 2020, peacefully accompanied by his loving wife of 53 years, Janet.

Raymond was preceded in death by his mother and father, Helen and James, brother David, son Kyle, and sister-in-law Kathy.

Raymond was born on December 13, 1933 in Astoria, Oregon. He was raised with his three brothers on a large dairy farm in Skamokawa, Washington nestled near the Columbia River. Raymond's childhood memories of life on the farm were very dear to him. In his later years, he enjoyed drives to Oatfield Road, recounting stories of his childhood.

Upon graduating from Wahkiakum High School, he attended the University of Washington where he received a degree in Business Administration and was among those scholastically outstanding students inducted into Beta Gamma Sigma.

He continued his education at New York University, receiving a Master's Degree in Business Administration and graduating with the highest of honors. He was one of 26 students recognized for academic achievement with a one-year graduate program that included on the job training and research studies at the JCPenney in San Francisco. On completion, Raymond accepted a position with IBM and relocated to Boise, Idaho.

In 1970, he returned home to follow in his father's footsteps; together he and brother Richard, along with Walter Smith, formed Willapa Logging Company, enjoying a successful business for 29 years until his retirement in 1999. Raymond was appointed by Governor Dan Evans, serving from 1975-1979 on the Forest Advisory Committee, developing minimum standards to carry out the provisions of the state Forest Practices Act.

Raymond thoroughly enjoyed his retirement, eventually relocating to Arizona for fun in the sun. In 2018 when his health declined, he moved to Brookdale Senior Living where he was blessed to have his brother Larry two doors down. The staff there truly enjoyed and loved the "Oatfield brothers."

Raymond served two years in the United States Army as Administrative Assistant. He was member of Our Savior Lutheran Church, Elks Lodge and Masonic Temple of Raymond and St. James Episcopal Church in Tempe.

Raymond was very charming, a joyful giver, positive and kind to all he met, an example of boundless love for others and humble resolve. He was the ultimate entertainer with his show tunes and humor. Raymond had an exceptional gift for connecting with people; many have reached out since his passing to fondly recall how interactions with him impacted or changed their lives.

Throughout his entire life, he enjoyed music, especially blues and show tunes. "It's the Pajama Game" always was a favorite. Raymond was an avid reader and life-long learner. He immensely valued time with family, whether at the kitchen table, living room or outside enjoying get-togethers including friends.

In Raymond's honor, our wish is that everyone who has been part of his life continue to hold his memory deep in your heart. He was a beautiful soul whose spirit, energy, and sense of humor will be deeply missed.

A memorial service in celebration of Raymond's life will take place at a future date when social gathering restrictions are lifted; details for the service will be published.