News of Western Wahkiakum and Naselle 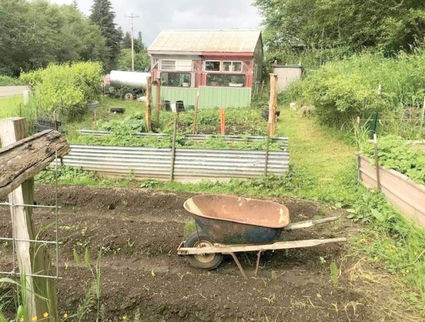 An Incentive for Having a Garden

Travelling through the West end of Wahkiakum County over the last several years has given me a little insight as to why people have a garden. It is mainly to supply their family and community with a large quantity of fresh, healthy vegetables throughout the season. Having a garden can also beautify the landscape. An incentive for having a garden is that people can grow crops they prefer that are not found in the stores in this area.

One reason I decided to write this article is that every "Newbie" (lived here less than two decades) tends to grow our gardens like we did in other areas with disastrous results. I was not a novice gardener. I have had acres of organic gardens in the past that were very successful, so why not here? After my first disastrous season, I began to ask my neighbors and other local farmers why they had done so well. In the West end of Wahkiakum on a map, we are topographically located in what appears as a horse shoe from the mouth of the Grays River to the KM Mountain. The wind and weather patterns funnel a good deal of rain to this area of the county that is higher than other parts of the county. The temperature average is also lower.

For those who live on the Westend, the rule of thumb for planting was to plant no earlier than June 1 if people do not have a greenhouse. My first year here I planted as if my garden was in Oklahoma. I did not realize that I moved to a more northern latitude. There was a hard frost in the middle of May that year that ruined most of what I planted. This year I had frost at the very end of May. I know it is not as easy as many may think, but with my skills and the good advice from my local neighbors, gardening is fun again.

If people want be successful gardeners, there are some considerations and choices one will need to make. It is not unusual to experiment each year to find the right crops as well as techniques that best suit one's garden. For those who are retired but find it difficult to garden because of the constant bending, you might consider a smaller garden with raised beds or three foot high elevated table garden you can sit with a chair to tend. The adjoining picture of a typical Westend garden shows both raised and elevated garden beds and an adjoining greenhouse.

Get out and get some fresh air and enjoy the great outdoors in your own private garden.