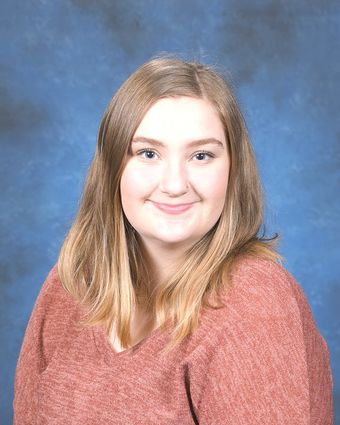 The Naselle High School Class of 2020's salutatorian, Abigail Moten, has long had a very clear career goal. Because of that, as well as a lot of hard work, she is on track to have a bachelor of science degree in nursing by the time she's 20 years old.

Most students who decide to participate in Running Start begin taking college level classes their junior year. Not Moten.

"I got kind of bored at the high school," she said. "As much as I love Naselle, they have a pretty limited selection, as far as electives.

"I've always known that I wanted to be a nurse, and my dream school was Oregon Health and Science University (OHSU). Clatsop Community College has a partnership with OHSU, where if you get your associates degree at Clatsop, you are immediately accepted into OHSU's bachelor program. That was the determining factor. I knew I wanted to get started as soon as possible. I started taking online classes my sophomore year, I had to pay for those, because Running Start will only pay for junior and senior year."

For the past two years she's been on the Clatsop campus, finishing up all her prerequisites for the nursing program, as well as all of her electives.

Well, technically, since the pandemic, she's been finishing up the last of the upper division electives she needed to take through an online program at Eastern Washington University.

Why? Because she's been accepted into the very competitive nursing program at OHSU, and she wants to be sure she's able to focus solely on that in the fall.

That is if everything is back to normal by that time. Strangely enough, the stressful stories of providing care for covid-19 patients in hospitals in places like New York City and in Italy have not deterred Moten.

"There are some really troubling stories, but that's the whole point, to put yourself in that position," she said. "If anything, it kind of strengthens it, it shows a need for good quality health care professionals."

Last summer she had an internship at Columbia Memorial Hospital in rehabilitation. This year, she began working at the community college, in student services. She also took a leadership role as vice-president of the associated student government at Clatsop.

"It's been our trial year," Moten said. "It was disbanded for a couple years. We tried to make it more active this year. We did pretty good."

She was able to utilize some of the skills she picked up in a lifetime of 4-H, and living on the family farm when she brought therapy miniature horses to the campus for stress relief one week.

"That was really cool, That was my favorite event we put on," Moten said.

The pandemic has been difficult in some ways. She planned to work full time this spring and summer to save money for nursing school, which is expensive. Instead, her hours were cut. And though she doesn't consider herself a super social person, she misses her daily in- person interactions with her co-workers.

Two teachers had a particular impact on Moten over the years.

"I was a perfectionist," Moten said. "High school classes were pretty easy, but going into higher level science was more difficult. I didn't get the grades I normally did. I was kind of freaking out about it. Mrs. Hoagland told me that I needed to learn to be okay with failure. To accept it, learn from it, and move on. I can't sit in self pity over not doing as well as I wanted to. I would never survive college or nursing if I couldn't learn to be okay with B's and C's. 'Strive for an A,' she said, 'but accept that won't always be possible.'"

It was an important lesson, because Moten realizes she would have dropped out of the Running Start program if she hadn't learned it.

Band was always a favorite class. Moten played the tuba, the same one her brother had played eight years earlier. She wanted to be like him.

Try as she might, she could not get a happy tone from that old piece of brass. Discouraged, she considered dropping out of the class. 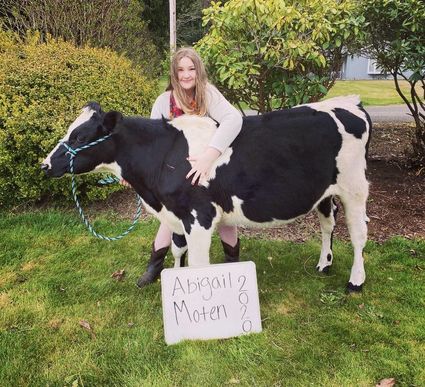 Luckily for her, the school got a new tuba. It sounded just the way she always wanted it to. And she got a lesson from her band teacher, Mr. King.

Abigail is the daughter and James and Susan Moten of Rosburg.