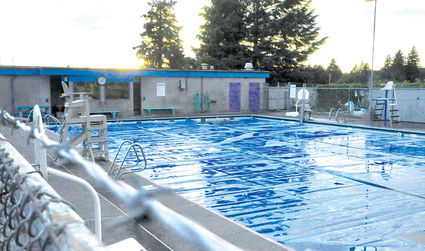 Citing financial and health concerns, the Cathlamet Town Council has decided not to open the municipal swimming pool this year.

By a 4-1 vote, the Cathlamet Town Council decided Monday not to open the municipal swimming pool this summer.

The council cited a mix of concerns over the covid-19 pandemic and financial and operating costs in making the decision.

The decision upholds a consensus the council reached at their June 1 meeting. However Council Member David Olson subsequently asked that the council discuss the issue and vote on it at this week's meeting. Olson said he had learned the town had a pool advisory committee which hadn't been consulted, and the closure would have a huge impact on local residents.

Before discussing the issue themselves, council members listened to a large number of citizens wanting to comment on the issue. Most favored opening, saying the risk of contagion was very light in the pool and that swimming instruction is a vital need for the county's waterfront communities.

Two lifeguards, Charlie Ashe and Ellie Leitz, said the pool staff could operate the pool according to new pandemic guidelines in a financially feasible fashion. They pointed out there would be a loss of summer jobs for young people if the pool closed.

Others supported opening the pool, saying children would be devastated that they couldn't use the pool in the summer, that the pool could be operated under proper procedures, and that adults would lose the opportunity for low impact exercise.

Two callers said they doubted that opening the pool was a good idea because of health risks.

"I feel like the risks are pretty significant," said Rick Beck. "I feel bad for people losing a place to play or not having lessons, but it is a significant public health issue."

Former lifeguard Bonnie Ellis agreed, adding that if the pool is opened, lifeguards should get hazardous duty pay because they'd be putting themselves at risk.

Council Member David Olson favored opening the pool. Operating the pool is a public service that could be accomplished with proper precautions, he said.

"This decision is the council's decision," Olson said. "It (the closure) is not mandated. I expect the majority here are not pool users, not stakeholders."

Olson also commented that the materials furnished the council about pool operation under the state guidelines were tilted because they only addressed how not to open.

"There's an eye on the money that will be saved," he said.

The definition of his job, he said, is to preside over council meetings and provide for fire, life and safety protection for the town.

"If we open and one or more persons get sick, it might be the end of the pool," he said.

"I'm a little offended that you say people on the council don't have a vested interest," he said. "I think all of us have used pools. If we're in Cathlamet and on this council, we are stakeholders."

The $25,000 in covid-19 relief funds wouldn't cover pool expenses, he said. "We don't have deep pockets to cover the losses. It's a bummer."

Council Member Robert Stowe agreed with Wainwright, adding, "I look at how sad and how bad it would be if people got sick (with covid-19) from swimming at our pool."

Council Member Paige Lake reviewed the hurdles to operating in the covid-19 climate.

"It would be a major project to open," she said. "It seems overwhelming to me. I just don't know how it would work."

Council Member Laurel Waller commented that she felt the material provided the council did include guidelines on opening. She also expressed concerns for health.

"I just don't understand how it would work without somebody having the opportunity to catch something," she said. "There's a big problem out there. I don't want to help spread it." 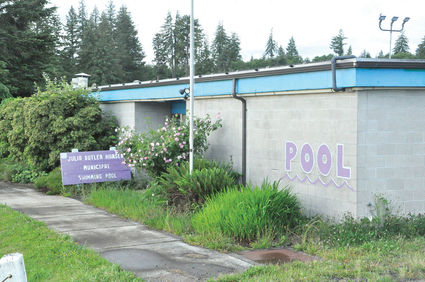 After more discussion, Wainwright made the motion that "we do not operate, regrettably, the pool for the 2020 season." It received a second and passed with Wainwright, Stowe, Lake and Waller voting in favor and Olson opposed.