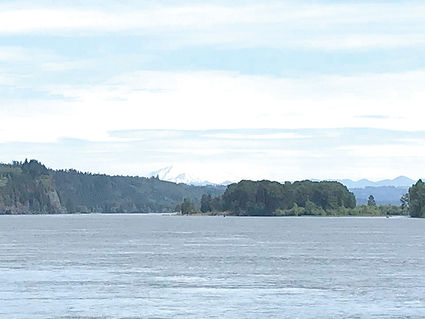 The Power of Water: Essential to Life

In a previous article in Downriver Dispatches I wrote about the power of water in the sense of its ability to physically change our lifestyle through weather phenomena such as tornadoes, hurricanes, floods, etc. Water also has the power to make changes in our lives in another way. In a Harvard University article featured in Science in the News, the authors answered the question as to why water is important to life.

Dehydration can occur with a loss of just 4 percent of total body water and a loss of 15 percent can be fatal, especially when water makes up 60-75 percent of human body weight. Most people could survive a month without food, but wouldn't survive three days without water. This vital necessity of water directs all life forms.

Undoubtedly water is vital for survival, but why is it so necessary? Water's role in supporting life is due to its molecular structure of a simple molecule composed of two small, positively charged hydrogen atoms and one large negatively charged oxygen atom. This dictates how water interacts with other molecules. When the polar molecules of water surround another substance, the water molecule works its way into all the nooks and crannies between molecules, in a sense breaking it apart and dissolving it. One example is when someone places sugar crystals into water: both water and sugar are polar, allowing individual water molecules to surround individual sugar molecules, breaking apart the sugar and dissolving it.

Water breaks apart ionic molecules as well by interacting with both the positively and negatively charged particles such as when someone places salt in water, because salt is composed of sodium and chloride ions. The extensive capability of water to dissolve a variety of substances has merited it the title of "universal solvent."

Water's role as a solvent on a biological level helps cells transport and use elements like oxygen or nutrients. Blood is a water based solution that helps carry molecules to their necessary locations. It is the role of water as a solvent to simplify the transportation of molecules like oxygen for respiration. Water has a major impact on the ability of drugs to reach their targets in the body.

Water is vital for all life. Its versatility and adaptability help perform important chemical reactions. It's amazing how something as simple as a water molecule is therefore so important for living beings with such diverse needs. Mount Saint Helens and the Columbia River are monumental testaments to the power of water to influence our lives. It will never cease to amaze those of us who see and understand the power of water.