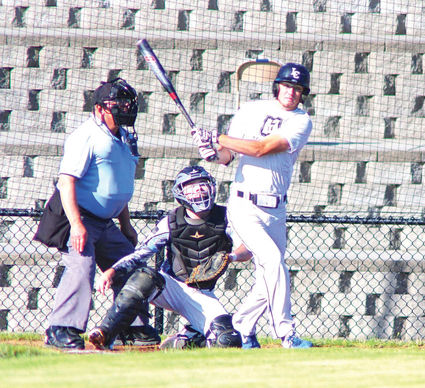 Photos and story by Rob Hilson

Lower Columbia's bats were active early and all four local players contributed to the 16-4 dismantling of Hockinson in Astoria last Wednesday night. 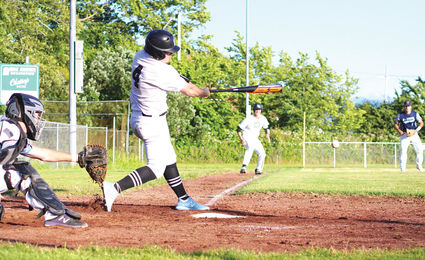 Wahkiakum's Chance Cothren drives a base hit into left field scoring the runner at third base.

Naselle's Ethan Lindstrom drove in three runs of his own, while Chance Cothren kept the offensive rally going in the fourth inning, with a base hit scoring the runner from third. Cothren ended up driving in three runs total on Wednesday night.

Lower Columbia scored a total of seven runs in the fourth to put the game out of reach for Hockinson.

Wahkiakum's Ashden Niemeyer was one for one with one run batted in and provided stellar defensive prowess at first base. Lower Columbia's schedule won't be getting any easier as they will be traveling to Centralia, Hillsboro and Bend in Oregon in the next few weeks before finishing out the season and getting ready for the playoffs.