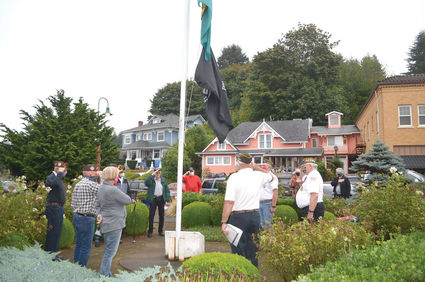 The Wahkiakum Veterans of Foreign Wars Post 5297 and other members of the community paused to honor Prisoners of War and those Missing in Action on Friday morning in front of the Wahkiakum County Courthouse. 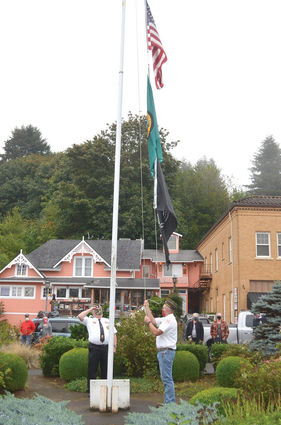 "I'm glad to join with you as we salute the men and women who have served and sacrificed to keep America free," Bill Tawater said. "Today there are nearly 82,000 Americans listed as missing or unaccounted for from our nation's wars going back to World War II. That's 82,000 military and civilian men, women, mothers and fathers, brothers and sisters, sons and daughters."

"Let us remember those who put country before self and did not return home to their families," he said. "Let us remember the families of the missing who continue to burn the candle of hope and let us continue to tell America the story about service and sacrifice of the American servicemen and women, there would not have been a United States of America."