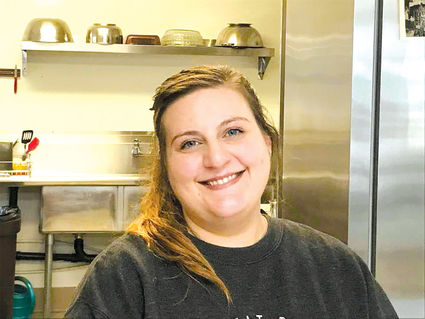 The First Day of School

It's so wonderful to see that our community's children are able to go back to school in spite of the covid-19 outbreak. I was pondering the different responses many of the teenagers had when informed that they would not be able to go to the prom or to attend their own graduation ceremony. Some have suggested that they will not know the difference. These teenagers have seen others have this experience and they do know the difference. These young men and women are our future representatives of our community and they will tell their grandchildren about how they survived this current pandemic.

Now that the schools are open, we have a whole new group of kindergarteners who are excited and possibly a bit apprehensive as to what to expect on their first day of school. Unless one was home schooled, most can remember their first day at school, and as a very precocious child, I was no different. My experience is somewhat different for several reasons. One is the fact that I started my kindergarten experience in the mid-1950s and I already had a preconceived idea as to what was expected from me.

The school I attended from kindergarten through sixth grade was named Washington Elementary School. As a six year old I had no idea that the school was named after our first president. I didn't even know what a president was. I had two older siblings who went to the same school, but they always went to play after school. They didn't talk to me about what kind of school work they were doing at night, but it seemed to be important enough that I left them alone.

In my young and precocious mind, I was associating the name Washington with doing laundry because the word washing was in the word and it sounded like washing town, but I knew my parents expected me to go to work. I had this image of a big woman carrying laundry baskets out to a clothesline. I thought that if this woman washes like every housewife in the county does, then I was going to be getting wet on my hands and knees using a scrub board and a large galvanized washtub. My parents taught me a good work ethic from the beginning, but the thought of going to work in this school terrified me and at the same time it excited me. After all, my older brother and sister appeared to like it. When I realized that they went through it, I resolved that I would wash laundry as well.

I remember that first day as if it were yesterday. My mother was wise enough to make me use the toilet, otherwise I would have urinated my new school pants when I first saw the entrance to the kindergarten. I was petrified as I approached a six foot high redwood fence that you could not see the inside from the street. I can remember the feeling I had as my mom drove away in her 1954 red and white Ford Crown Victoria leaving me alone with strangers. As I looked back toward the open gate I could see my new teacher greeting all the new washing kids to the school. What the teacher called the yard reminded me of old prison movies with nothing but concrete. I had a big sigh of relief when she motioned for me to go and play with the other children. I turned to see my classmates playing on playground equipment. It was then and there that I knew that I was not going to be doing any laundry. Most of my school life is a blur, but I will always remember my first day of school.

The Appelo Archives Café, located at 1056 State Route 4 in Naselle, has a new cook named Ashley McCoy. She was previously employed as a diabetic specialist for four years until covid-19 arrived. She was an in-home care giver until her elderly patient passed away. She had let her certification lapse and she couldn't find employment. She decided she wanted to do something new. This South Bend resident has been baking all her life and has a passion for it, and her whole family shared this experience together. She has worked in every aspect of the restaurant business from washing dishes, waiting tables, cooking, and management. Ashley believes that working for the Appelo Archives Café will allow her the freedom to bake the cakes and cookies to fill the display case.

The café is open Thursday and Friday from 9 a.m. until 2 p.m. and 10 a.m. to 2 p.m. on Saturday. In compliance with health and safety policies suggested by the state Department of Health, they do request that patrons wear a mask. Call 360-484-7103 or e-mail at info@appeloarchives.org for further information.