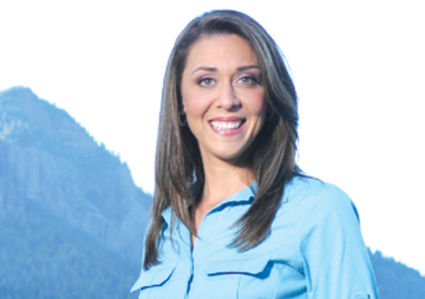 Latest polls for Washington's 3rd Congressional District race indicate a tight race between Rep. Jaime Herrera Beutler (49%) and Carolyn Long (47%), according to an internal poll by GQR. This political match began in 2018 when both candidates ran head-to-head for the position, ending in a 7 point Herrera Beutler victory.

According to press releases from Herrera Butler's campaign, earlier this month she was active in Washington, D.C. She filed a discharge petition in the House of Representatives which would force a vote to increase the Payment Protection Program (PPP) for small businesses, and is also reported to have introduced and passed the bipartisan Pregnant Workers Fairness Act which requires "employers to implement accommodations for pregnant workers."

Last week, Long's campaign released two plans to address anti-corruption as well as the pandemic. The first outlines a list of potential bans and limitations related to shady political activity with corporations and foreign entities as well as suggests increased oversight on the Federal Elections Commission. The second plan's focus is to "build the conditions for a robust recovery from the COVID-19 pandemic" by stimulating the economy, schools, and providing affordable healthcare.

The Eagle recently interviewed Herrera Beutler and Long covering their background, experience, and goals for Wahkiakum voters leading up to the November 3rd general election. Both candidates share a longstanding and personal connection to southwest Washington but have different ideas about what the region needs from it's U.S. Representative.

Each candidate was asked the same interview questions and their responses are what follow:

Herrera Beutler: I've always wanted to be a part of southwest Washington and raise a family here. I want to build on the progress we've made over the last nine years. Unemployment was high when I started, now there are more jobs and higher wages. Up until six months ago we were really doing that.

Long: I'm uniquely qualified to serve the people of southwest Washington. I've been a hard worker all my life growing up in rural communities even as a journeyman of UFCW Local 555. I'm running for this position because I have seen a void of leadership in our community from the current representative. The most important thing is to listen to others which is why I'm running a true grassroots campaign.

Herrera Beutler: In the short term I want to expand jobs and job saving programs. It's also important to look for region specific solutions like legislation that would manage sea lion populations; and I'd work to harvest timber and combat movements that take timber sales off the table.

Long: One of the things that has been on everyone's mind is the economic crisis. So I've released a plan that addresses access to healthcare and a pathway to economic success. I'd like to make sure people have access to affordable healthcare and prioritize workers through paid family sick leave, childcare, raising minimum wage and job retraining programs.

Why should communities like Wahkiakum County vote for you? 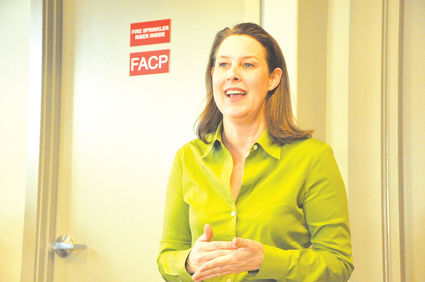 Herrera Beutler: It takes time to understand the needs of every area. Pancake point on Puget Island is not going to be the same as Camas. I came to Puget Island and Cape Horn to walk along and assess the shoreline and have been working to combat erosion with the Army Corps. There are a lot of needs in the district and I've learned that I can affect policy in this area, for example, to prevent extreme environmentalism, or to protect the salmon population, or support the local economy.

Long: What I want people to know is that I'm committed to governing the same way that I campaign which is to be present, accountable, and committed to everybody throughout the district. I'm going to put them first, not big corporate donors or DC insiders, that I'm working for "you." I think it's time for a fresh start. It's been 10 years with the current incumbent and I'd ask voters to really reflect on whether or not they've been present in the district and whether they've delivered on the important issues facing the people.