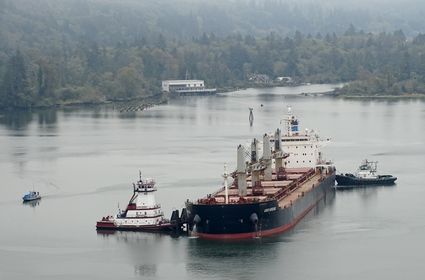 At 12:50 a.m. last Thursday, the US Coast Guard was informed that a 608 foot container ship, the Genco Auvergne, had run soft aground in the Columbia River near Skamokawa Vista Park after a loss of main engine propulsion. 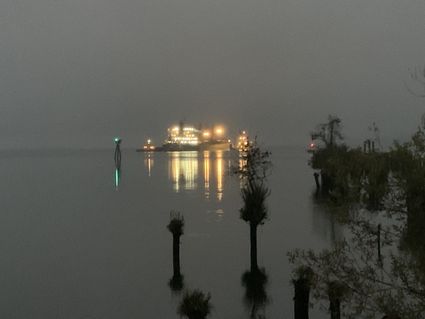 The ship was reported to be carrying grain and approximately 616,644 gallons of fuel oil. The captain said there had been no injuries or pollution, according to the statement by USCG.

Three tugboats, the Carolyn Dorothy, Samantha S. and Willamette, responded, and a marine inspector was dispatched from the Sector Columbia River of the USCG. A Columbia River Bar Pilot was on board the Genco Auvergne and coordinating traffic in the area.

The ship was re-floated during high tide, and at 2:20 p.m. it continued traveling upriver to Longview.