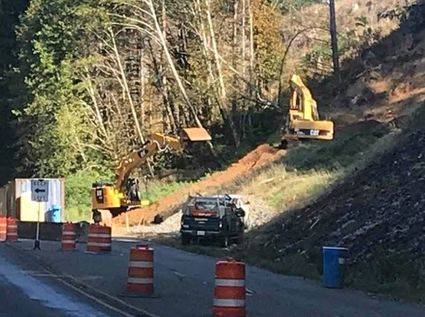 Many of the readers of The Wahkiakum County Eagle have been wondering when the highway east of the KM Mountain will be open. I had the opportunity to talk to several of the workers at the site and I was informed that their projected finishing date will be near Thanksgiving this November. They are removing additional debris that occurred after the initial slide earlier this year. Because of the Covid19 outbreak the work had been stalled since January. As long as the weather permits they should not have any delays. Until then there is only a single lane open with short delays in each direction.

Rosburg Hall will hold its annual Holiday Bazaar on Saturday, October 31. Anyone wishing to have a vendor table at the bazaar should call 360-465-2574 for a table reservation and additional information. All vendors will be required to wear a face mask.

One of the things discussed in casual conversation was the possibility of the Appelo Archive Center joining with the Finlandia Foundation National. It was also indicated that the museum could possibly get a grant from FFN to help in archiving the various records located there that include many audio recordings of ancestors of the early pioneer families in the area.

Appelo Archives Center is dedicated to the preservation of the history and culture of the Finnish people as well as the Scandinavian settlers who settled here and made an impact on the community. Oral histories are important as long as they are kept. In West Africa there are what are known as griots who act as a historian, storyteller, praise singer, poet, or musician. The griot is a source of oral tradition. These are the ones who have taken the time to memorize their culture and traditions. 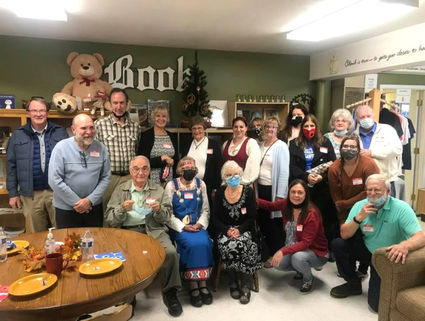 The griots of the Finnish variety have used their resources in providing a means to technologically preserve their history and culture for future generations. A little over a century ago Finnish was the dominant language and culture for those who resided in Naselle, Deep River, and Salmon Creek. Although only 23% of the same community today claim to be of Finnish origin, there is a resurgence of interest in the historical impact the Finns have had in building this community.

One thing that many in the area already know is how gracious and cordial they can be. I was impressed by how all were reacting as if they had not seen each other in years when in reality most had never met before Saturday. In reflection I realized that the enthusiasm I was witnessing was not an anomaly, but an everyday occurrence at the Archives. Look for new and exciting things coming in the future from the Appelo Archives Center and Café.