Local firefighters travel to battle summer fires in the east 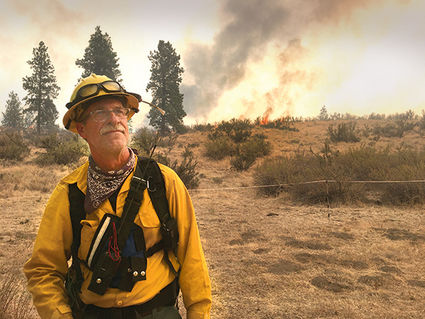 The old man and his dog are an indelible image.

M.D. Johnson, 56, and Joseph Savelio, who graduated from Wahkiakum High School this spring, were part of a wild land fire fighting strike team protecting homes this summer, when they met the man and his large, yellow dog.

The team, which also included two more recent Wahkiakum graduates, had prepped the nearby structures, so that when the fire got there, they were ready to go. Engines waited with water, and hoses had been deployed.

"We had got to playing with the dog while we were getting things squared away," Johnson said. "I told this fellow he needed to get his truck turned around, get his dog in the back of the truck, and get ready to go."

No, the old man said. I'll be okay. It won't do anything to the house.

The fire was big, and creeping down the hill, Johnson remembered, and then the unexpected happened. There is weather, but it turns out fire can create its own weather, no secret to wild land fire fighters. The wind picked up in an area that Johnson figures was no bigger than a football field.

"The meteorologist assigned to the fire had never seen anything like it," he said. "It kicked that fire up. One minute it's doing nothing and in the next minute, you've got half of a 20 person hand crew running one way, and the other half running the other, because the fire has gone from a foot high to 10-30 foot flames and trees are torching."

And just like that, the fire was at the bottom of the hill, rushing the road, flames curling up over the asphalt.

That's when Johnson's eyes lit on the old man, standing nearby.

"I left him in the house," the man replied.

They returned to the area as soon as the fire passed, to put out everything remaining, ensuring that homes weren't compromised.

Johnson's mind was on the yellow dog, and he told someone so.

"Oh the dog is fine," his companion replied.

Their task force leader had heard about the dog. Despite the conditions, he returned to that house and got the dog while everything was burning, put the huge animal on his lap in his command rig and drove him back out.

"We knew the old man was fine, but this is how these guys are," Johnson said of his fellow firefighters.

Johnson is an Elochoman Valley resident, District 4 Volunteer firefighter, and this summer was his third season fighting wild land fires.

"My only regret is that I didn't find this opportunity as a younger man," he said. "I can still work as hard or harder as any of these young kids, and I'm glad to do it, because the food is free, but I've also got to understand my limitations."

He got his first taste of firefighting when he joined the District 4 Fire Department, not long after he and his wife, Julie, moved to Wahkiakum County from the midwest.

"I took a real liking to it," Johnson said. "I missed the education part of things, so I enjoyed that. I enjoyed the people I was around."

He enjoyed it so much, he decided to extend his training to wild land work.

Johnson and Savelio, who joined District 4 earlier this year, received much of their training online. The coursework covered issues like fire behavior, personal protective equipment, and what to expect when working a fire line. After that, training moved into the field, where future wild land firefighters got hands on experience with tools and gear, and learned more about policies and procedures.

"Those things gave me a foundation, but what I really relied on was the firefighters I was working with, and working for. On the job training when you are playing with fire doesn't sound like a good idea, but it really is," Johnson said. "You train and you train and you train, just like we do for the structure fire fighting with District 4. But until you really do it, with people who really know what it is they are doing, that's when you start to learn."

While firefighting in Wahkiakum County is strictly volunteer, the firefighters who join the Cowlitz 2 strike team during the summer are paid. Fires are overseen by state entities like the Department of Natural Resources. Cowlitz 2 will assess their needs for any given fire, and sometimes they have all that they need. When they don't, they call up District 4 for equipment and the personnel to operate it.

This puts a little money in the pockets of the firefighters, but it benefits the citizens of Wahkiakum County as well.

"The pieces of equipment that we use are also paid by the state agency," Johnson said. "It's county equipment making money for the county. We use those dollars to buy new equipment, to repair an engine, or for annual testing of ladders and hoses, for instance. Each of the districts need money to operate. This is one source of revenue for us, which we then turn around, and put back into the district to serve the community."

While Johnson was in his third year of wild land firefighting, this was Savelio's first. They worked as a team, sharing a brush truck, which is akin to a fire engine on a smaller scale.

"It's small, nimble, with a four wheel drive," Johnson said. "It has a pump and a tank, hoses, hand tools, chain saws. It's everything I need to go into the shrubbery and fight a fire."

According to Johnson, the person in charge of a brush truck would attend each morning's briefing to learn where they were, how big the fire was, about the weather, and the resources available, before being given their assignment.

Each morning, when Johnson was at the briefing, Savelio was cleaning out the cooler, getting ice, lunches, water, Gatorade, and pre-checking the truck.

Johnson would return from the briefing, they would have breakfast and discuss the day ahead, and then Johnson would look at Savelio.

Is everything ready? It was.

"Joseph did a fantastic job," Johnson said. "For his first year, I just didn't worry. He took to the task. When I cranked that truck up in the morning, I knew things were done."

There is no such thing as a typical day for these hardworking men and women. They can work anywhere between 12-16 hours a day.

"Some days we'd be working all day digging scratch lines so the fire would hopefully reach that line and not cross it," Savelio said.

Other times they might do something called gritting, which is a line of firefighters, walking in the black-the burned area-checking for heat. And there were moments when Savelio got to fight the fire with water.

"That was pretty fun," he said.

"For someone who is okay with discipline, with getting up early and working hard, and is okay with making a pretty good dollar and getting free food and clothes to boot, it's a pretty good deal," Johnson said. "These people are really dedicated to what they are doing. Slackers don't last. You can't have 12 people busting their ass every day, and one that doesn't. The lazy are weeded out very quickly."

"I love the exercise," Johnson added. "I never thought that I would really enjoy digging holes in dirt that was literally boiling. I didn't know dirt could boil."

Communities put the firefighters up in different places. Sometimes high schools. Johnson remembered the sea of people when he worked his first fire. There were were over 900 personnel there.

"It looked like Woodstock," he said, "with everybody dressed the same. Green pants, yellow shirt, dirty face."

The gear was designed to keep the firefighters cool, Savelio said. 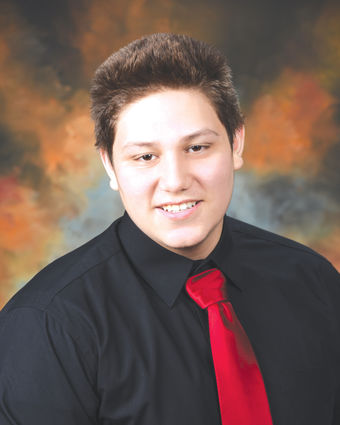 Joseph Savelio is a 2020 Wahkiakum High School graduate who is planning a career in firefighting. After some training, he got real life experience in wild land firefighting this summer.

Firefighters are either already comfortable in the out of doors, or they learn to be. They sleep in tents at night, or in the wet grass. Sometimes it's easier not to set up a temporary home when you aren't sure where you will be at the end of the next day.

"If you are willing to work hard, go through the training, be away from home, sleep in the dirt, not shower for four days, then that is great, the opportunities are there," Johnson said.

Grateful for these opportunities, Johnson is also grateful to his wife, Julie, who has to maintain their home while he's away.

"I tip the hat to all those people at home, keeping things running," Johnson said.

Savelio is looking forward to doing it again next year. He met a lot of people and made some friends.

"I learned a lot," Savelio said. "I want to be a career firefighter. I plan to go to LCC and get a transfer degree, get EMT certification, and go through fire academy."

He encourages anyone who wants to give wild land firefighting a try to get in touch with the District 4 Fire Department.