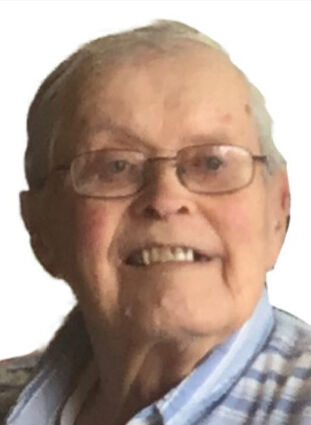 Leo Donald Saari, 90, of Naselle, WA died peacefully at his home on January 28, 2021. He was born on February 11,1930 to Wilho and Aili Saari. He is preceded in death by his wife of 66 years, Mary, granddaughter, Victoria Bennett, and his sister, May Johnson Adair.

Leo has had deep roots in Naselle, being born in the house next door to where he died. He worked hard on his family's dairy farm, and even drove a school bus as a high school senior before graduating in 1949. He worked for Wirkkala Bros. and Johnson Bros. Logging before being drafted into the army in 1950. He served at Camp Roberts in California and Camp Desert Rock in Nevada.

After being discharged in 1953, he came back to logging and eventually went to barber school. He opened Leo's Barber Shop in 1959, and began work at the Naselle Youth Camp in 1966 as a night watchman and working part-time as a log truck driver. At one point, he held down three jobs – always providing for his family. Leo eventually purchased his own log truck starting Leo Saari Trucking, with the CB handle of "Flying Finn." He hauled for various gyppo companies until he retired in 1999, all the while raising beef cattle on the family farm. Leo was a regular of the Naselle men who gathered for coffee-time at Johnson's One-Stop.

Leo enjoyed watching the Mariners play on TV, and his favorite shows were Jeopardy, Wheel of Fortune, and Larry's Diner. During the winter months, he could often be seen working on puzzles. A particular treat in later years was a cup of steaming peppermint mocha. He loved to fish, as well as hunt deer and elk. He hunted the local hills, taught in his youth by his Uncle Oscar. He made trips to Eastern Washington and Idaho where he bagged some trophy white tail and mule deer.

Leo was a long time member of Naselle Assembly of God where he taught Sunday School, played the trombonium with the church orchestra, and served as a deacon.

He was the king of one liners. Towards the end when asked how he was feeling, he would retort, "With my fingers." When asked how things were going? "I'm retired!"

Leo was rock solid, dependable, always willing to help a friend or family member, a man of faith in God, and living the meaning of Sisu.

There will be a graveside service on Saturday, February 6, at 1:00 at Peaceful Hill Cemetery.

In memory, donations can be made to the missions account at the Naselle Assembly of God Church, PO Box 26, Naselle WA, 98638.