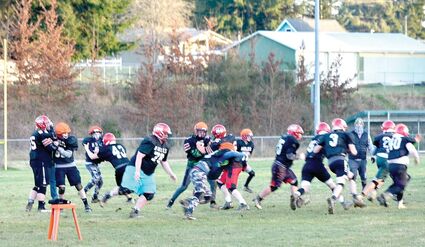 Wahkiakum High School football players were out for practice on Tuesday afternoon. According to Coach Eric Hansen, 25 athletes have turned out. Wahkiakum County, as part of the Southwest Region, remains in Phase 1 of the state's Road to Recovery plan, which means that cross country is the only team that can compete right now. Meanwhile, Naselle, which is in Pacific County and in the West Region, is allowed to compete and had their first volleyball game of the season on Tuesday night.