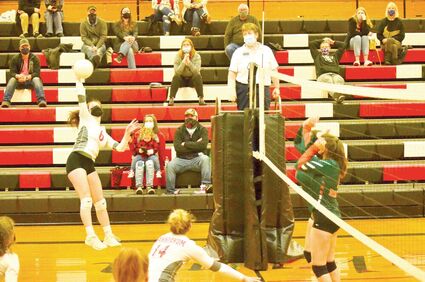 Jordyn Watson lined up a hit in the second set of the Lady Mules home opener against MWP. The crowd was small, largely limited to the families of athletes, because of guidelines for school sports during the pandemic.

It's been a long wait for Wahkiakum athletes, but competition finally began again on Tuesday. 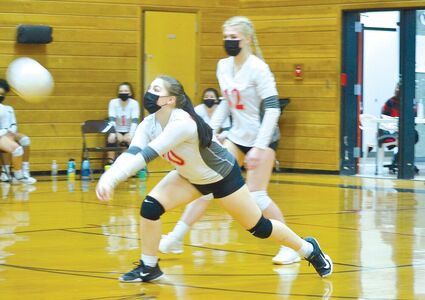 Shantelle Shervey gets the dig in the Mules three set win against MWP.

The Lady Mules volleyball team made the most of their first outing, a home opener against Morton-White Pass, who were also playing their first game of the season.

"It was a good overall initial effort," Hurley said. "We had some success and found some things that could use some growth, but overall we were thankful to have the opportunity to compete."