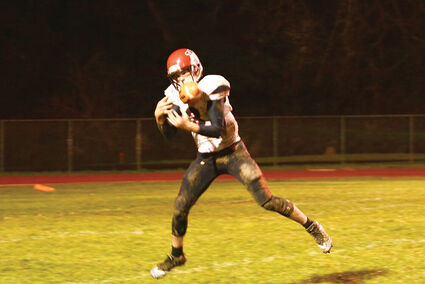 Jake Leitz hauled in a Brody Carlson pass for a touchdown.

The Wahkiakum Mule football team jumped on the South Bend/Raymond Ravens and rolled to a 45-6 victory last Friday. The win raised the Mules' season record to 3-0.

Leading rushers were Jake Leitz with 123 yards on seven runs, including two touchdowns, and Chance Cothren who gained 100 yards on five runs. Dominic Curl picked up 51 yards and scored a touchdown. 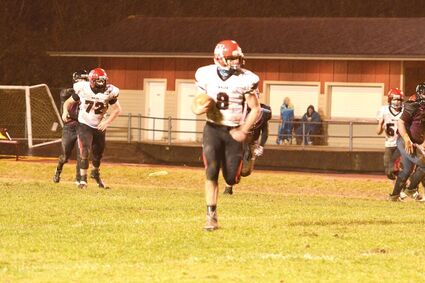 Dominic Curl runs for a touchdown.

The Mules head to Stevenson this Friday for a 7 p.m. game with the Bulldogs. On March 12, they go to Ocean Shores to play the North Beach Hyaks, and they host the Ilwaco Fishermen March 19 in the season finale.