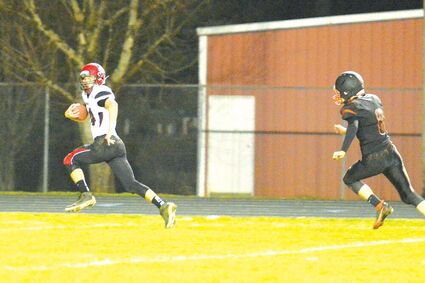 The Wahkiakum Mule football team traveled to Napavine last Friday and came home with a 61-20 loss to the Tigers.

The Mules host the Ilwaco Fishermen this Friday, 7:30 p.m., in the school's homecoming football game. Senior athletes will be honored before the game.

The Tigers led 21-6 after one quarter, 42-12 at halftime, 54-20 after three quarters and added another touchdown to complete the scoring. 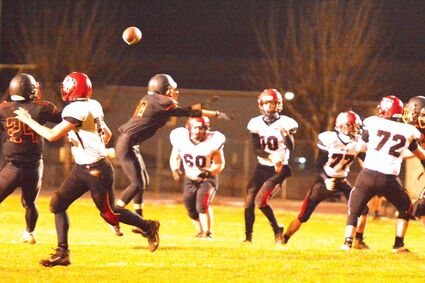 In the first quarter, Elijah Cothren scored on a 16-yard pass from Brody Carlson.

"They are fast and very good," Mule Coach Eric Hansen said of the Tigers. "They are the real deal. It's too bad they can't play for the gold ball this year; they may have won it.

"We scored three times on them, which was a bright spot. We have struggled doing that in the past."