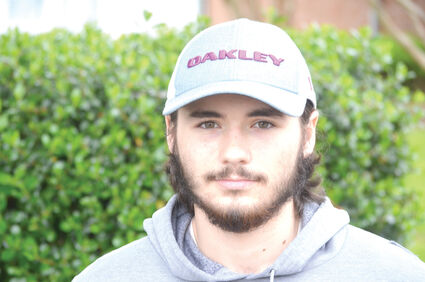 Matthew De La Grange values his time. So much so, he intends to spend his days doing something that makes him happy.

Ever since Matthew was young, he's been interested in building. His brother is a civil engineer, and Matthew considered following in his footsteps, but that involved too much math and too much time. So instead, he plans to combine building with another passion: cars.

"I'd rather do something I enjoy," Matthew said. "Time flies when you are doing what you love."

One day, Matthew wants to build his own race cars and do his own racing.

He plans to study auto technology at Lower Columbia College, and get certificates in a variety of things including welding, fabrication, and electrical. Anything that will help him reach his goal.

He's interested in every aspect of the vehicle. The engine, the frame, the aesthetics, the ride, speed.

"I just like working on cars," Matthew said. "It's really fun. I just decided if I enjoy it, why not make a career out of it."

He has restored a 1968 Jeep CJ, worked on the family vehicles, and plans to tackle a Mercedes that was in a collision in his spare time.

Matthew was born here but spent eight years in Ohio. About two and a half years ago, he returned to the county to finish his education at Wahkiakum High School.

It's been stabilizing, Matthew said, adding that it shows.

"Mrs. Niemeyer is probably the only reason why I will graduate on time," he said. "She has helped me out the entire time."

It turns out Matthew has been playing catch up after attending several different schools over the years and has been working intently on various assignments and his senior presentation.

He's been glad to spend his free time with family, working on vehicles, and yes, diligently getting homework done.

"A lot of homework," he said with a quiet laugh.