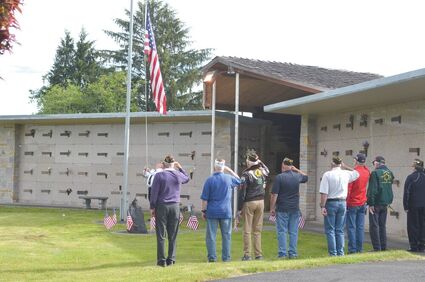 Veterans of Foreign Wars Post 5297 held a ceremony on Memorial Day at Greenwood Cemetery to honor fallen members of the armed forces. 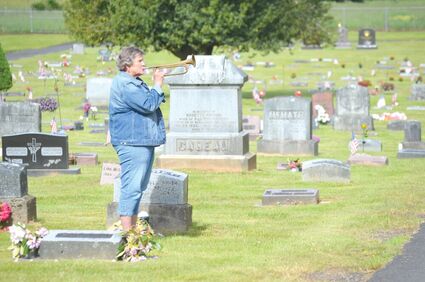 Esther Roche performed Taps on a World War I bugle.

"There are no words that can accurately reflect the magnitude of what they accomplished. But as we enjoy our way of life in the land of the free and the home of the brave, we can commit ourselves to diligently reminding present and future generations of Americans that there is no freedom without bravery. Those we honor today were brave when it counted the most. Our intent today is not to speak of the glory of battle or pay homage to heroes or icons, but rather to reflect on the person behind the deed, and remember all of our fallen brothers and sisters in arms, for what they actually were, people like us."