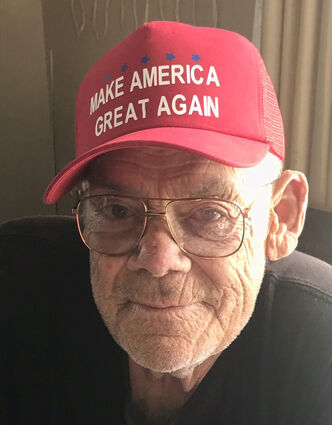 Toby married his wife, Virginia Moore in 1957. They lived and raised their four children in Castle Rock. Toby worked for Weyerhaeuser for 42 years and retired in 2000.

Toby is survived by his wife Virginia; his sons, Toby Liasjo (Sue) of Longview and Rick Liasjo (Wendy) of Castle Rock; his daughters, Debbie Liasjo of Arizona and Janet Satcher of Toledo; nine grandchildren, Tessie Cherrington (Dan), Matt Liasjo (Kate), Amanda McDowell, Ryan Satcher (Brittany), Emily Satcher, Travis Liasjo (Bre), Heidi Liasjo, Trent Liasjo (Alexis), and Tanner Liasjo; 15 great grandchildren and one on the way. He is also survived by his Boston Terrier, Lucy and his cat, Tigger. Toby was preceeded in death by both of his parents and his brother Georg.

A Celebration of life will be held on Sunday, July 11th from 1-4 at Riverside Park, in the pavilion.