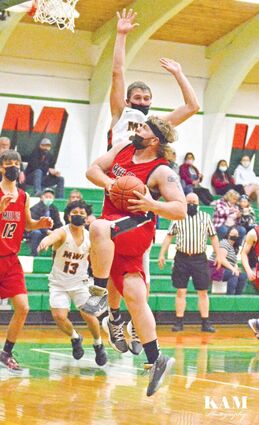 Mule Ashden Niemeyer drives to the hoop against Morton/White Pass.

The Wahkiakum Mules boys basketball team traveled to Morton/White Pass Friday for their only game last week and lost to a tough Timberwolves team, 85-71. The Mules are 4-3 overall. 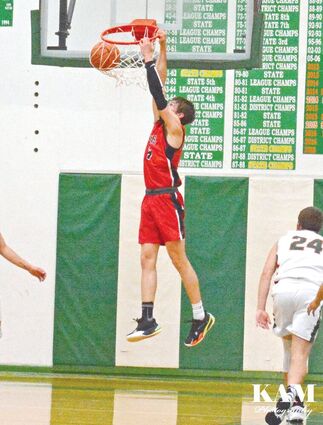 "I knew coming in that MWP plays hard," Coach Todd Souvenir said. "They are very athletic. They basically put five guards on the court at all times. They play fast and they play physical. On both ends of the floor, they kind of took it to us. We were kind of playing on our heels and could never recover. We made a little run at the beginning of the fourth quarter when we got a couple steals, got a good feeling on offense and played with a little bit of energy. The guys didn't give up, so we did make a run, it was just too big of a deficit. The good thing is that we get to play them again and the guys are really excited."