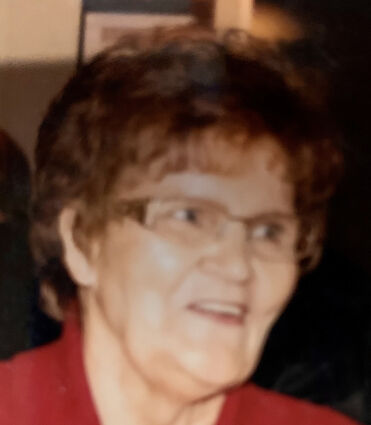 Maria Loviisa (Nis-kanen) Wirkkala was a caring wife, mother, grandmother, sister, aunt and friend. Surrounded by her family, she went to meet her Heavenly Father on June 3, 2021 at the age of 78.

She was born to Emil and Ida Niskanen in Pielavesi, Finland on February 14, 1943. Maria lived in Finland and worked as an LPN until the age of 23 when she came to the United States. She worked in Washington D.C as a nanny for Senator Mark O. Hatfield for about a year, until her family needed her back in Portland, where she then worked at Providence hospital. She met Wallace Wirkkala in 1968 through a mutual friend, who remained a dear friend throughout their lives. They married in 1969. Together, they had 3 children; Regan, Timothy and Lamar. Maria was a fiercely dedicated mom to all of her children; Jesus and family came first and was above all else to Maria, a value she instilled in those around her. The hole left by her absence is impossible to fill.

She especially loved her role as “Mummu” to her grandchildren. She loved to share her passion for the Lord and would never miss an opportunity to lead them to Christ. She enjoyed spending time in the kitchen, creating delicious meals for her family and friends. She opened her home to anybody and everybody, often having a house full of people for as long as she could. She would find any reason she could to bake and provide the most delicious treats to anybody that was lucky enough to receive them.

Maria was instrumental in the creation of the Naselle biennial Finnish American Folk Festival. She along with her best friend, Carole Alves and Aunt Eva Wirkkala, designed a Finnish costume that is made in Finland and sold around the world. Maria was an avid weaver and was invited to the Smithsonian to display and demonstrate her talents.

Maria was active in the Naselle Assembly of God Church. She and Wally lead the youth group for many years, touching many young lives that still talk about them today. She was active in the Christian Women’s organization, speaking all over the northwest to as many women as she could. She was also active in The Gideon International Auxiliary and was the President of the Lower Columbia Gideon Auxiliary and handed out Bibles to anyone she could. She was a true servant of Jesus.

She was preceded in death by her parents and brother Riku, all of Finland. She is survived by her sister Liisa Goeller of San Diego, California and brother Heikki Niskanen of West Linn, Oregon.