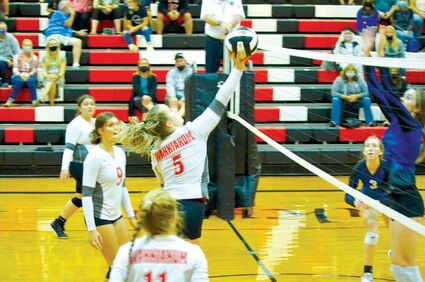 Miya Kerstetter gets the tip in the Lady Mules three set loss to Toutle Lake on Tuesday. 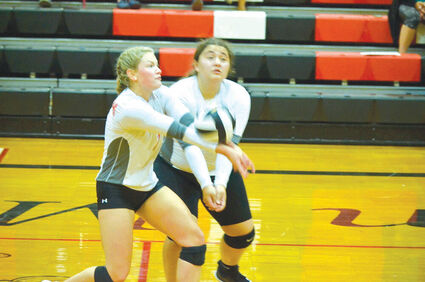 Megan Leitz got to the dig a moment before teammate Kamryn Watkins as the Lady Mules took on Toutle Lake on Tuesday.

"We are definitely working to build and are working on drastically reducing our unforced errors," Coach Kayli Hurley said. "Overall we are focused on showing growth physically and mentally every day."

Carlson, McKinley and Niemeyer were 100 percent from the service line.