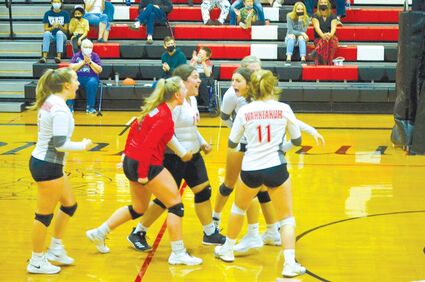 The Lady Mules celebrate a point earned on a kill by Bailey McKinley. 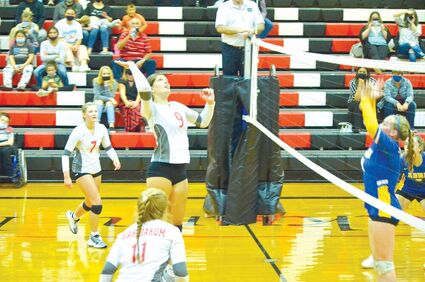 Emmie Niemela looks for the hit.

"It was a rollercoaster of a night for our ball control and aggression on offense," Coach Kayli Hurley said. "We played some strong defense in set one, but lost our way in set two. Our focus moving forward is taking smart risks and being brave when things on the court feel difficult."

"We showed some improvement over the night tonight on the whole, which is a major focus for us," Coach Kayli Hurley said.