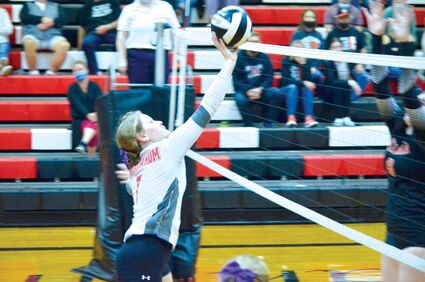 "Rainier has some scrappy defense so we had to outlast to put the ball away," Coach Kayli Hurley said. 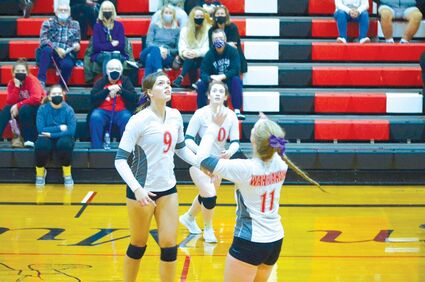 Emerald Niemela looks for the set from Courtney Carlson.

Leitz, Kerstetter, Carlson, and Abdul-Kariem were 100 percent from the service line.

Leitz had six kills, Carlson had four kills, and Niemeyer had nine digs.

"Emmie Niemela had some solid play at the net," Coach Hurley said.

Next Monday, the Lady Mules travel to Toutle Lake, and their final home game of the regular season is on Wednesday, when they host Toledo.