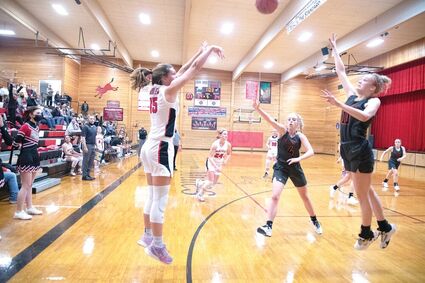 Emerald Niemela puts up a jump shot in the Lady Mules' overtime win over Napavine.

Last Wednesday, the Lady Mules traveled to Stevenson and won 61-30.

Stats were not available.

"Overall it wasn't our best night," Coach Rob Garrett said, "but I thought all of the young girls stepped up and showed they each have something to offer moving forward. We were able to keep working as a team and stay positive which was nice to see."

On Saturday, the Lady Mules hosted Napavine and beat the Tigers in overtime 42-34. 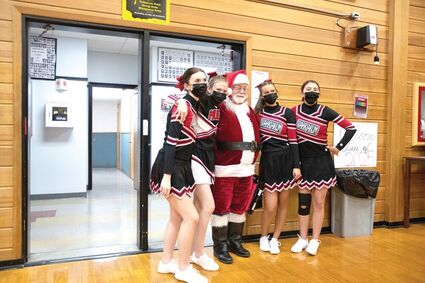 "Hopefully one of the uglier games of the season for us offensively," Coach Garrett said. "Napavine did some really nice things so you have to give them credit. Overall it was nice to see our defense hold strong when we were struggling so hard offensively. It took us way too long to get going, but once our backs were against the wall, the girls really came together and made it happen.

"Amirah [Abdul-Kariem] gave us great minutes on the defensive end and caused the final turnover in regulation. She denied the inbounds pass to the point guard causing an overthrown ball, which Reigha Niemeyer grabbed and quickly made a nice pass to Emerald Niemela for the game tying layin. In overtime the girls really turned it on. We kept our cool and hit big shots when they were needed.

"It's a great sign when you have such a rough night and still find a way to win."