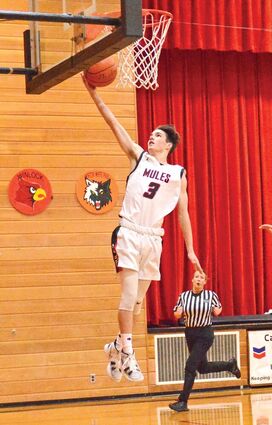 The Wahkiakum Mules boys basketball team beat Onalaska at home on Tuesday 70-43 to bring their overall record to 5-4.

"You can tell we had a little rust from the break," Coach Todd Souvenir said, "but offensively we got out, moved the ball, got some easy buckets, and got out to an early lead. We got our confidence up on the offensive end. I thought we were a little sluggish on the defensive end, but we will work though that this week. It was a good game to come off the break and get our feet back underneath us and get set hopefully for a stretch of league games that will be really important moving forward."

"Jacob Johnson did a good job of getting into the lane, creating for himself and his teammates tonight. He got us going in the first quarter," he added. "It was nice to see the guys get inside. We know we like to shoot from the perimeter, but we've been challenging them to do something inside."

"Everybody got some minutes and everybody did some good things." 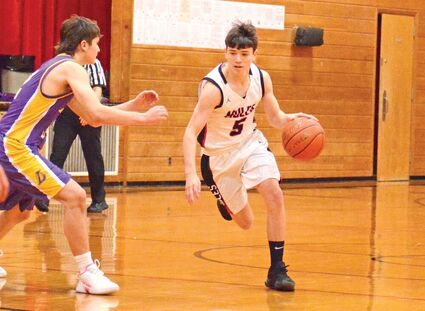 Grant Wilson brings the ball down court for the Mules.