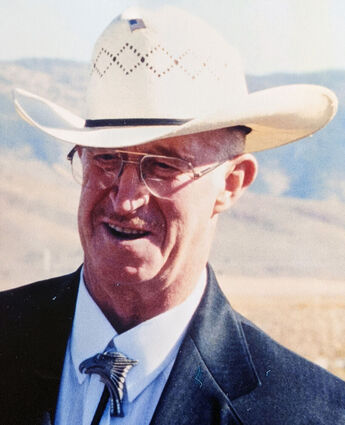 Born September 6, 1935, in Grace, Idaho, Fred attended Idaho State University after graduating from Grace High School. He worked as a horseback Park Ranger in Yellowstone National Park during the summers while at college. He moved to Washington state in 1957. A year later, while bear hunting, he was introduced to his blue eyed soul mate, LaRita Lucille White. They married December 6, 1958 and added four more children to the four LaRita had from a previous marriage.

Fred worked for the Washington State Department of Natural Resources for 50+ years. He was an active member of Church of Jesus Christ of Latter Day Saints and served in many positions. He was an Eagle Scout and served in every capacity of the program. He and LaRita, together, received the Silver Beaver award. He taught Hunter's Education for many years and was a deputy for the Wahkiakum County sheriff's reserve. He loved fishing, hunting and playing with his grandchildren.

He was preceded in death by his loving wife, LaRita L. Bennett, his parents, a son, Forrest Glen White Jr; and a son-in-law, Ted Kroll.

A funeral service is planned for 11 a.m. Friday, January 28 at the Messinger Hill Drive LDS chapel. Viewing will be held from 10 a.m. to time of service. Interment will take place at the Fernhill Cemetery in Skamokawa. Dowling Funeral Home is in charge of arrangements.