KMUN has made changes in the News Department 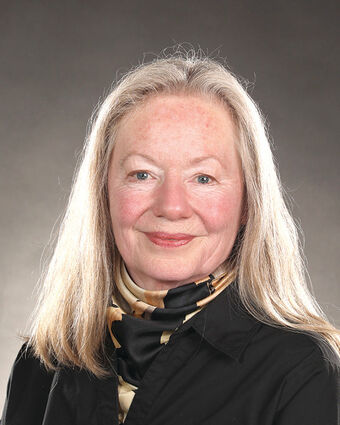 If you've tuned into KMUN over the past 20 years, then you've likely heard the voice of Joanne Rideout, who is often recognized in public as soon as she opens her mouth. After nearly 20 years at KMUN, a non commercial radio station, Joanne begins her well-earned retirement.

New to the area in the early 2000's, Joanne's neighbor recruited her for reading children's stories one night a week. Bedtime Stories airs Sunday through Thursday 8-8:30 p.m. Having a history as a freelance journalist, Joanne quickly made the transition to KMUN's news host and was eventually hired as KMUN's first news reporter.

In 2003 Joanne started the segment "The Columbia River Ship Report" a 10-minute module on the comings and goings of shipping at the mouth of the Columbia and about "all things maritime." The Ship Report is KMUN's most listened to segment airing Monday through Friday at 8:48 a.m. She has promised to continue independently producing this iconic show.

Joanne also served as executive director and station manager during a very pivotal time for KMUN. About her different roles, Joanne says, "In my 20 years of involvement with KMUN, I have been fortunate to take on all the roles in the organization that I could ever have hoped for: volunteer, news host, reporter and manager. I know the place pretty well, and it is one of the best organizations around. It's filled with good people with big hearts, and impressive skills and talents. I'm proud to have given those years to KMUN."

In 2008, KMUN hired Kathleen Morgain as a news program host and public affairs producer. For the last two years,Kathleen has worked as a news reporter focusing on the Washington side of the Columbia. She will continue as a volunteer after a well deserved hiatus.

Taking over in the news department for KMUN is Katie Frankowicz. Katie comes to KMUN with a 10 year career in print journalism with the Daily Astorian and as a freelance journalist. She will continue KMUN's long tradition of consistent trusted local news and information.