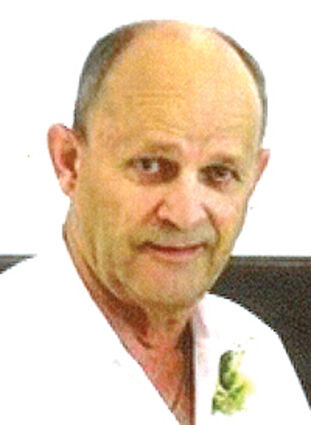 Gordon R. Simmons (87) passed away peacefully Sunday March 27, 2022, at his home in Skamokawa. He was being cared for by Irene, his loving wife of 66 years and most recently was receiving hospice care for a heart condition. He is proceeded in death by his parents, Day and Ellen (Bacon Simmons, his brother Gerald Simmons, and sisters Bonita Simmons and Marilyn (Simmons) Durham.

Born and raised in Ilwaco, he represented the community well in sports and fishing. He graduated from Ilwaco high school in 1954 and went to Grays Harbor College with a football scholarship. He married his high school sweetheart in 1955. Soon after that, he moved with his growing family to Seattle and was involved in many construction projects, as a member of the of the pile driver's union. He loved sports, fishing, clamming, bowling, using his riding lawnmower, music, but mostly loving his beautiful wife, Irene. He was generous and caring and an amazing storyteller. He lived a remarkable life and will be greatly missed by everyone who knew him.

Donations may be made to: PeaceHealth Hospice.

A graveside service was held at Ilwaco Cemetery on April 5.