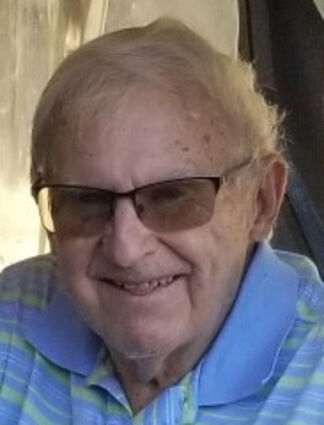 Theodore Willard Swanson was born on May 30th, 1929 in Rosburg, Washington to Theodore Swante Swanson and Litta Sadie (Knifong) Swanson. He passed away on March 21st, 2022 at his home in Naselle, Washington. The youngest son of 8 children, Teddy was the delight of his mom and six sisters; Lillian Whitten, Olive Johnson, Lenore Sorenson, Florence Cutsforth, Wilma Clark Bond and Gloria Friddle Clark. His brother Willard died before Teddy’s birth.

Teddy was raised on the Grays River at the Johnson & Swanson shake mill. He grew up running on log rafts and finding daily mischief at the mill. Teddy attended the brand new Rosburg School, boating there daily with a few of his sisters on board.

He was a school bus driver at the age of 16. He graduated from Naselle High School in 1948. It was here that he found the love of his life, Sally Sue Manula. After graduating, Ted enlisted in the Air Force. He and Sally were married in 1951 and moved to Sacramento, California, where he was stationed. They moved back to Naselle after Sally’s mother passed away and they were needed to help care for her 9-year-old brother, David.

Ted and Sally settled in Naselle where they raised their 4 children. Ted worked in the logging industry with Grays River Log. In his later years, he worked at Naselle Rock.

In 1980, Ted and Sally donated land and a building to house the Naselle Clinic. They were happy to be able to help their community by offering a place for medical services.

A staunch Republican, Ted could be found listening to Rush Limbaugh every day. He could also be found enjoying Happy Hour every afternoon. He loved having folks stop by for a visit and a drink. Teddy loved his Tanqueray.

He was preceded in death by his six sisters, grandson Carson Burkhalter (1998) and his beloved wife Sally (2020).

In his later years Ted accepted Jesus as his Savior.

There will be a memorial service for Ted and Sally at Valley Bible Church in Rosburg, on April 9th at 12 noon.

Memorial contributions may be made to the Carson Burkhalter Scholarship fund in care of the Naselle-Grays River Education Foundation, P.O. Box 12, Naselle, WA 98638