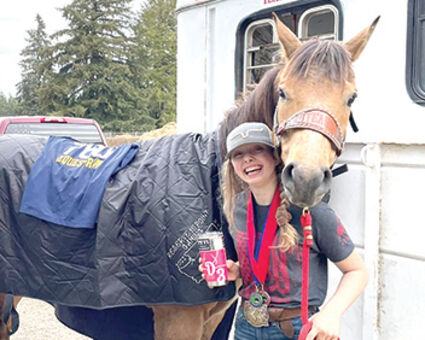 Having already qualified for pole bending and barrels, Davis has added a figure eight qualification, and will compete in all three events at the state tournament.

Last weekend, Davis began high school rodeo competition in Walla Walla. She is currently in sixth place in pole bending and 11th place in barrels in the state of Washington.