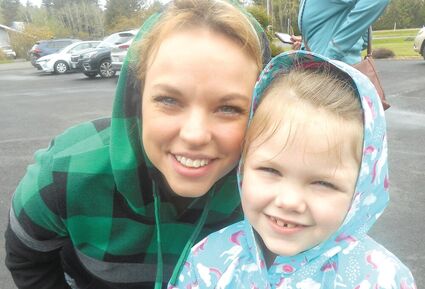 May and Mothers: We made it to May so hopefully a full blown spring is just down the line. Spring is so much better when the full sun is present for days at a time. But alas, it doesn't seem to be so. May is a tough time for me. Those of us who have the right to expect a phone call for Mother's Day, must accept the silence and let it go every year. She is always busy and there are no calls. My daughter's birthday is the same day as Carlton Appelo's, May 12. So this year I am focusing on Carlton and all he's done for me. I will remember him and look at his picture and say his name. I often think when we remember names and their stories, angels let them know we're thinking and talking about them, so join me in saying the names, if you'd like. Let's see, Nellie, Carlton, Howard, Mark, Ted, Sally, Wilho, Thelma, Virginia, Marie, Julia, Maude, Thea, Gloria, Bill, Bobby and Bob. If you'd like, add your own names, pour a cup of coffee and remember them, and if she is not with you anymore, your mother's name, too.

Spring Babies: If you are driving the area, you may notice the number of calves who are "springing forth" in fields all around us. Hank Nelson's Hereford calves are so sweet. They remind me of my years in Colorado. New calves are coming along almost daily. Then the Burkhalters have a nice group of calves at the intersection of Barr Road and Altoona, and there is a nice herd on the other end of Barr Road at the concrete bridge. When I see spring babies, I start singing, "Chicks and ducks and geese better scurry when I take you out in the surrey with the fringe on top," from the play and movie, "Oklahoma." Then add birds returning to build nests and it's a reminder that life moves on with the seasons and it's good to give thanks. Human babies come, too. Several are expected so let me know and I'll do an old fashioned baby announcement for you!

Photo of the Week: Last Saturday, Mike Swanson introduced Jolene Genn, the new receptionist at the Health Clinic, to me at the Spring Festival at the Naselle Lutheran Church. She and former receptionist Lori, traded workplaces. Lori will now be at the Ilwaco Clinic and Jolene will move to the Naselle Clinic. Her daughter, Shalean,, is six and in the first grade at the Naselle grade school. Jolene is the daughter of Debbie Olson of Grays River. They make a fine grandmother, mother and daughter group for Mother's Day.

Property updates: One sign of spring is the listing and sales of local property. Just last week, I noticed the for sale sign at Colleen Hendrickson's driveway so her farm is for sale. Mike Swanson reported that a house on Knappton Road just closed. On Facebook, Mike is showing a gorgeous property for sale on Salmon Creek Road with lots of photos and it looks well worth the price. Mike reported that his parents' home in Naselle has been rented to the new receptionist at the health clinic, Jolene Genn. Rental properties are so rare here. Seems to me a good building project would be small apartments for seniors like me who would like a small home for myself and my dog. Surely we want to keep our older folks close to home as long as possible.

Angus Bowmer #2: Last week Angus Bowmer had the "stage" in the Dispatch and this week I have more information. His book, "As I remember, Adam" arrived last week so I've been learning more about his years teaching in the area. He refers to Rosburg as his home base for teaching. Both he and his wife taught in Rosburg and Seal River, though he doesn't use the name Seal River anywhere. Their time here was in the mid to late 1920's, then they moved on to teaching in Chinook, as my Favorite Finn told me last week.

In the summers they attended summer classes to complete his bachelor and master's degrees. In his book, he describes their residence near the old Rosburg store and the people.

"The inhabitants were mostly Finnish, with a scattering of a few Norwegians. The members of the school board and the other leaders of the Finnish community were soft-spoken, adamant people. The children whose grandparents were born in the valley, came to school to learn English. Many of the wives spoke nothing but Finnish. There was another element, however, who were strong, hearty, outgoing, rough, tough and violent. The principal industry was fishing.

For the most part, they were warm-hearted, generous people, and we found ourselves in the middle of a whirlwind of community activities. The center of all the activities was the Rosburg store, the school and Community Hall presided over by genial Dan Hall and his attractive wife, Hazel. Dan was the unofficial mayor, judge, doctor and general factotum, a kind of community master of ceremonies."

Remember the Rosburg Store was a small building on the bank of the river just west of the current Rosburg Hall. More information will be in the next Eagle. If anyone has photos of the early Rosburg Store along the river, let me know. I've seen it but don't have it! 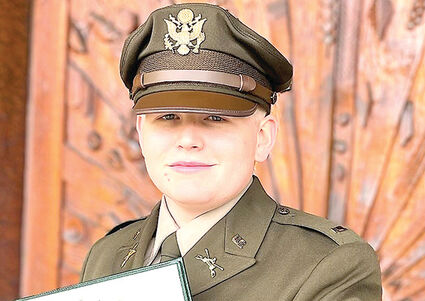 Gene and Linda Strong are proud to share the exciting news of their grandson, Calvin Eugene Strong, who graduated last weekend from the University of Portland with a major in Political Science and Global Affairs and a minor in Constitutional Studies. The next day, as an ROTC officer, he officially entered the Army as a second lieutenant in his new uniform with both parents and grandparents present. Calvin will be attached to the adjutant general's armored division. While in the Army, he plans to continue his education. His parents are David and Rebecca (Synder) Strong, both are Naselle High School graduates.

May 7: The Kentucky Derby is aired nationally on NBC between 2:30 to 7:30 p.m. ET on Saturday, May 7th. Coverage is also available to stream live on NBCSports.com, the NBC Sports app and Peacock. (My favorite sports event of the year!) I love the ladies' hats and the magnificent horses.)

May 8: On Mother's Day, you can take your mother -and all the family – to a chicken dinner at Rosburg Hall. It's a fundraiser for the Rosburg Hall Community Club. Proceeds will help maintain the building. The dinners will be available from 11:30 to 1:30.

May 11: Grays River Enhancement/Flood Control Board meets at Johnson Park at 5:15.

May 28: Bingo at Johnson Park.

June 1: Naselle/GRV Schools Events reported by Justin Laine: The Evening of Excellence will be held June 1 at 7 p.m. in the HS Commons.

June 11: Graduation will be at 4 p.m. on Saturday in our gymnasium.

Word for the Week: Affection.