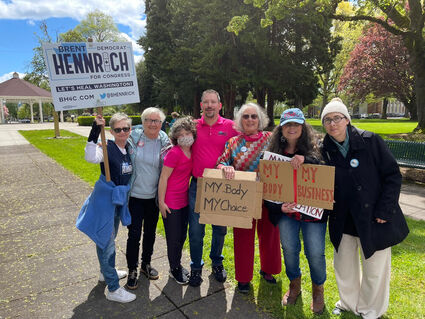 Submitted by the Wahkiakum Democratic Party

The number one reason? He is easy to talk with. He is not imposing or glad-handing. He listens. He looks you in the eye and his words make sense. He comes to Wahkiakum to be with us.

The number two reason? He is a sensible centrist; not radical left, not radical right. For example, most Amearicans, and Wahkiakumians, believe that the federal government should not reach into our private lives to tell a family how many children it can have. That is a decision for the woman, her family and her church; not the government. Brent strongly believes this, and put his feet where his beliefs are: along with some folks from Wahkiakum, he attended the recent BansOffOurBodies rallys in Longview and Vancouver.