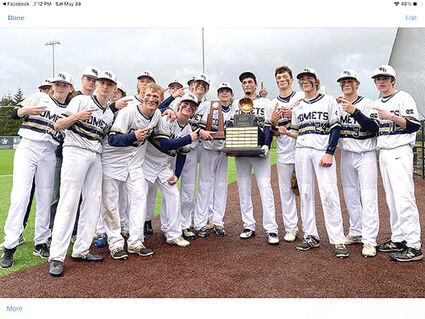 The trophy case at Naselle High School became a bit more crowded this past weekend.

The Comet boys track and field team placed second in the state Class 1B meet (see related story on this page); the Comet girls finished in fourth place in the state 1B softball tournament, and the boys baseball captured the state 1B championship. 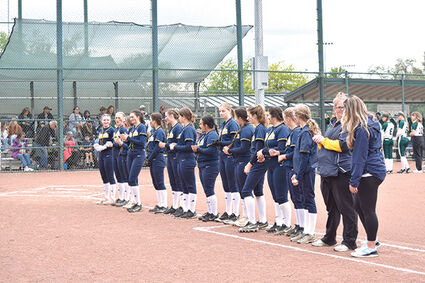 The Comets opened the baseball tournament May 21 with a 13-3 win over Wilbur-Creston. That put them in the semifinals, and they outscored Almira-Coulee-Hartline 15-10.

The championship game on May 28 in Ridgefield was a tighter affair, and both teams had to deal with rain delays. However, the Comets edged Crosspoint from Bellingham by a 5-3 score.

The girls had a harder road to travel. In the opening round May 27, played in Yakima, they met DeSales of Walla Walla and lost 14 -4 to go into the loser out, consolation bracket. They followed the loss with 13-0 shutout of Darrington to stay alive.

On May 28, they faced Inchelium and came away with a 9-5 win to put them in the game for third and fourth places.

And in that game, they faced powerful DeSales again, losing 12-1 to put them in fourth place.